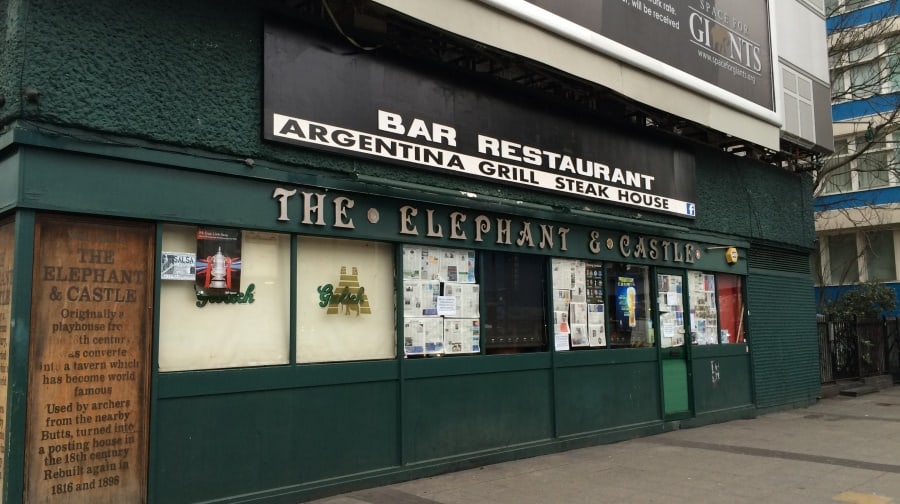 After news an estate agent applied to take over the Elephant and Castle pub, a local history society is rallying the troops to keep the Foxtons from the door.

The Walworth Society has put a call out for supporters to put their name to an application to have the pub registered as an Asset of Community Value. This could mean the community would be offered the chance to purchase the pub or could help to retain the use of the site as a public house.

Chair of the Walworth Society, Jeremy Leach, says there has been a public house on the roundabout site, at the junction of Newington Causeway and New Kent Road, since 1765 and it is the origin of the name of the area.

Southwark Council’s cabinet member for regeneration and new homes, Mark Williams, told the SE1 website earlier this week that Foxton’s proposal to take over the venue was not “part of our plan and we will work with the local community to stop this from happening.”

Earlier this year the owners of the Elephant & Castle pub had their license revoked following two violent incidents at the end of January.

A late-night brawl on January 29 saw a man stabbed “in the eye with a pen, which remained there until it was removed by staff at hospital,” according to Southwark Council’s licensing committee.

Two days later, another “serious assault” occurred at the venue, in which one customer accused another of inappropriately touching his girlfriend and struck him, causing facial injuries.

The pub’s licence was temporarily suspended as an interim measure, but this suspension has now been made permanent following the committee’s meeting on March 2.

At the meeting it was revealed that the sole director of the company, Guido Guzman Medellin, is also the designated premises supervisor for Lezet Kebab in Camberwell Road, which councillors were told is also “known to the police for crime and disorder incidents.”

The committee’s decision notice said: “He has shown contempt for the licensing conditions at both the Elephant and Castle and Lezet Kebab.”

When contacted by the News at the time, Medellin said: “I have some friends with pubs and there is always fighting there. I feel that I have been treated unfairly. I made a mistake but I have two kids and I’m losing money.”

If you would like to support the Walworth Society in their bid to retain the site as a public house, email jeremydhleach@compuserve.com with your full name, address and confirmation you are on the electoral register in Southwark and you are prepared to be one of the community asset application supporters.