Outrage has been caused by the announcement that Camberwell and Kennington police stations will close this March despite south London’s continuing violent crime wave. In a letter dated January 21, the Central South Basic Command unit – the now fully merged Lambeth and Southwark Police – confirmed that both Camberwell and Kennington police stations will ... 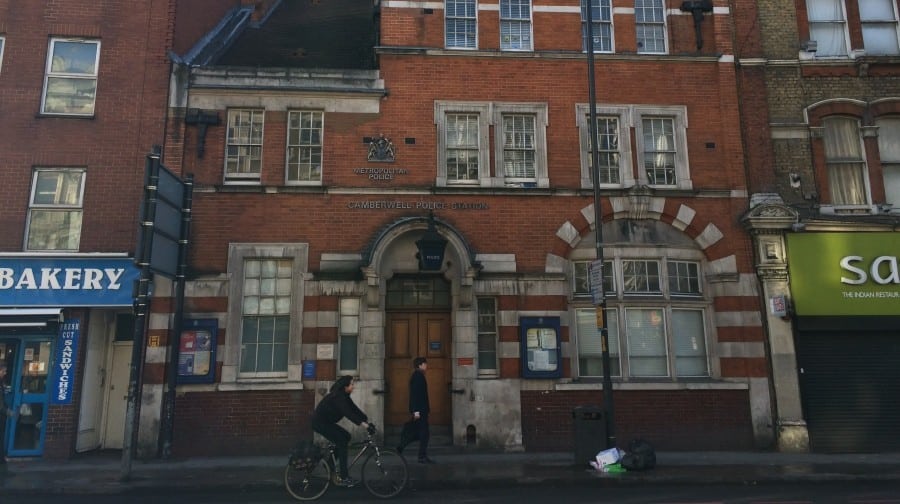 Outrage has been caused by the announcement that Camberwell and Kennington police stations will close this March despite south London’s continuing violent crime wave.

In a letter dated January 21, the Central South Basic Command unit – the now fully merged Lambeth and Southwark Police – confirmed that both Camberwell and Kennington police stations will officially close on March 31, with their officers’ last working day expected to be March 15.

The dedicated ward officers (DWOs) for Camberwell will move to Peckham Station, with officers from Kennington moving to Brixton.

Shockingly, the hamstrung Camberwell team are now left scrabbling around to find some kind of ad-hoc base, with the caveat that they can’t and won’t pay any costs.

The letter goes on to say: “Where there isn’t a police building on or within close proximity to a DWO’s ward, we will look to work with partners to create additional space/hubs for them, to enable them to spend more time in the communities that they police.”

The SE5 Forum for Camberwell told the News the move would only worsen problems in Camberwell with open drug taking, street drinking and anti-social behaviour, with people banned from the green already flouting their orders as they know it is unlikely they will get caught, on top of well-documented violent crime and gang violence.

According to the Mayor’s office, in the last twelve months 129 young people injured in knife attacks in Southwark were aged 24 and under. Thirteen of these incidents happened in the Camberwell Green neighbourhood.

Resident Amanda Kamin, told the News: “Southwark clearly needs a rethink of priorities and policing should be near the top.”

This view was echoed by Camberwell Green’s safer neighbourhood ward panel chair, Mark Webb, who said he was setting up a petition to ‘Save Our Service’ and wanted a public meeting held to organise the campaign.

“We need to act now before it’s too late,” he said. “Increased anti-social and criminal behaviour is blighting Camberwell and the lack of community access to the bobby on the beat will do nothing for community cohesion.

Speaking to the News on Monday, Chief Inspector Annmarie Cowley said: “We are absolutely acutely aware of the concerns raised by community members.

“Once we received the information we shared it with our partners as a matter of urgency.

“We are keen to explore any opportunities with the community and the Met’s property services department to find a suitable place which officers can use in Camberwell as a base, for tea and toilet breaks and storing their personal items.”

The decision to close and ‘sell off’ Camberwell and Kennington stations came from the top, above the BCU’s management team, to help raise funds for the cash-strapped force and is clearly deeply unpopular with the rank and file.

It is also debatable whether technology really makes it easier for officers to work without a station nearby, as the News understands officers – as a minimum – have to report back to a station at the beginning and end of their shifts to sync their tablets and other smart devices.

Although Camberwell Police Station’s front counter has been closed since 2013, and Kennington’s since last year, officers have held regular community drop-in sessions at the counter on top of their ‘pop-up’ meet-and-greets around the borough.

By increasingly focusing on this type of low-level outreach work based in cafes, libraries and community spaces, the MPS can avoid costs associated with running its own buildings.

It also means the only safe and secure place in Southwark for someone to personally walk into a station and report a serious or complex crime, 24/7, is at Walworth Police Station. The alternative is to report online, or to call 101.

The Mayor’s office for policing  – which conducted a public consultation on the planned closures – says closing front counters means money can be invested into other areas – including online.

A spokesperson said: “Closing police stations is the stark reality of crippling government cuts to the police budget which has contributed to officer numbers dropping below 30,000 in London for the first time in fifteen years.

“Enforced savings mean that the Mayor has had to make some difficult decisions about how the Met works, but money saved from closing front counters will be used to protect frontline policing as much as possible and there will continue to be two Dedicated Ward Officers per ward, as per his commitment.

“These officers have been equipped with mobile technology to enable them to work outside of existing police stations and they will hold a minimum of a one-hour community contact session per week per ward for those members of the community preferring face-to-face contact.

“Nevertheless, Sadiq understands some of the concerns Londoners have about these closures.

“That is why the Mayor’s Office for Policing and Crime (MOPAC) held the widest possible consultation with public meetings in every London borough and listened very carefully to the feedback.”

According to its data, around 70 per cent of crimes are reported on the phone and three quarters of those calls use the non-emergency 101 number, launched in 2011.

If the decision isn’t reversed, the next question is what will happen to the buildings now and whether the infrastructure will be a further loss to the community.

SE5 Forum members who live in Camberwell have their say:

Amanda Kamin: “In what way does this make sense? Youth centres closed, an increase of homeless people out on the streets, and knife crime going up, Southwark clearly needs a rethink of priorities and policing should be near the top.

Margot Lindsay: “This is worrying as an ‘elderly’ person and therefore a person vulnerable to criminal attacks.

“Not that I look wealthy, but I do wear a rucksack and belly bag. I do of course use the alarm bell from the police, but determined people could ignore that. We need to be kept safe, especially in south London.”

B Marah: “I would be worried to move around at night, and for the elderly and their personal safety.

“With the police station open, the crime rate will fall due to the police presence in the community.

“It can help reduce anti-social behaviour and maintain a peaceful neighbourhood.”

Stephanie and Jim: “We are very sorry to hear they’ve closed Camberwell Police Station, it’s been on the cards for a while now, so these ever-decreasing pockets of Police cover are not helping anyone, both the police and the community they’re supposed to serve.”

E Nascimbeni: “I am a strong supporter of keeping the Police Station in Camberwell Green.

“We have faced quite a few horrible incidents over the last year in Camberwell.

“I believe this area should maintain the access of police around which would help with the local security and hopefully keep Camberwell Green within order.”