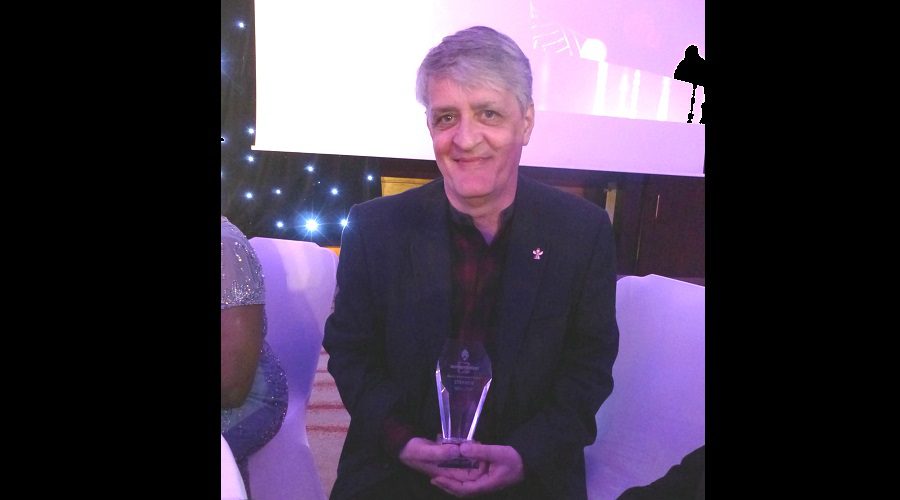 Two local characters have been honoured with “black BAFTAS” at the annual Screen Nation Awards, which took place on Sunday at the Park Plaza Hotel in Vauxhall.

Richard Taylor OBE (father of murdered 10-year-old Damilola Taylor) and the cast of BBC drama Our Loved Boy, were presented with the Diversity in Drama Production Award.

Their accolade was presented by Baroness Lawrence OBE, the mother of murdered teenager Steven Lawrence, who received a standing ovation as she took to the stage.

Richard, of Peckham, and who is chair of the Damilola Taylor Trust, also presented the award for Favourite Black Broadcaster to ABN TV.

Author Stephen Bourne from Camberwell won the third ever Screen Nation Special Award, and was dubbed “the UK’s foremost chronicler of the black experience in the entertainment industry”, while the ceremony fell on the 25th anniversary of his book Black in The British Frame.

Stephen, 59, told the News: “It was wonderful to be recognised for my life-time body of work.

“It was a really lovely evening, and when Our Loved Boy won an award everyone got on their feet. Damilola’s Dad attended and it was very moving.”