'They must've driven through a cupboard to flippin Narnia or something similar.' 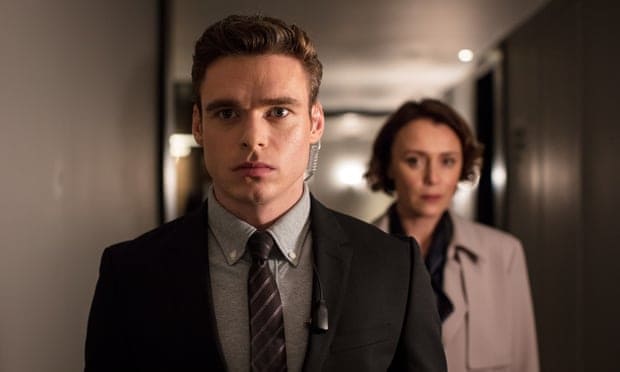 Camberwell viewers of the BBC’s hit drama Bodyguard have been left disappointed – because the scenes taking place in the area were obviously filmed elsewhere.

Eagle-eyed fans took to social media to point out that among the show’s unrealistic aspects are the South London geography.

Local author Jen Williams said: “Been catching up with Bodyguard.

“Fave moment so far was when they were driving through Camberwell, very fast, very dramatic, and Marty and I got really excited, because according to the map they were on our road and then all of a sudden, very clearly not Camberwell at all.”

Viewer Sophie added: “Oh no, I’ve got ‘I know this area and they definitely couldn’t have driven there that quickly’ syndrome (i.e. they drove up Brixton Road and into Camberwell quicker than the speed of light).”

While resident Doug Strider pointed out the show’s lack of accurate signage.

He said: “There was a road sign to Hanwell and Ealing just off the alleged Camberwell New Road.

“Pretty sure that’s not actually there. Unless there’a a wormhole I don’t know about.”

He added: “Must’ve driven through a cupboard to flippin NARNIA or something similar.”

Others thought the show’s protagonist, PS David Budd, being able to live in a big Camberwell house on a policeman’s salary was a little suspicious.

Fan Ellen Buddle said: “Big red flag about Dave in Bodyguard is he and his wife affording a nice house in Camberwell on a policeman and nurse’s salary with two kids.

The BBC craze features Keeley Hawes as a fictional Home Secretary while hunky Richard Madden plays a police officer assigned to protect her from terrorist threats.

Its bold plot twists have left viewers hooked – despite the unrealistic geography.

The six-part series airs every Sunday at 9pm on BBC1, with an extended finale airing on September 23.