Camberwell boy given scholarship to Eton College, where Prince Wills and Harry went

“I was ecstatic to say the least,” said Josh 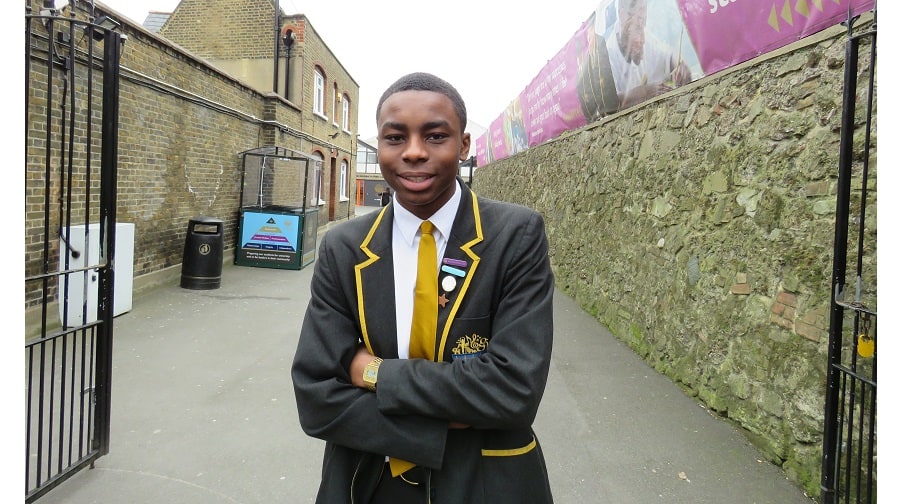 The most prestigious school in Britain, Eton College – attended by Princes William and Harry – has offered a scholarship worth over £70,000 to a Camberwell youngster studying his GCSEs.

Sixteen-year-old Joshua Adeyemi, who attends Ark Globe Academy in SE1, was picked out of hundreds of talented applicants – all predicted to bag a catalogue of A*s.

“It’s funny because it all just happened so fast,” Josh said. “My mum was just thanking God and was jumping for joy.

“Between February 6 and 9 I was there to take three tests and do six interviews. They were all really rigorous. I arrived there and we had an hour to look around, then straight away we were doing a maths exam.”

Just three days after what could have been a humble goodbye to the college, Josh received the “overwhelming” news that the scholarship was his.

“I was ecstatic to say the least,” said Josh. “But I was also a bit gutted because I made friends with other people while I was there, who I know didn’t get the offer, and who I really got on with.”

The promising pupil will follow in the footsteps of Eton alumni like princes William and Harry; former prime minister David Cameron; and foreign secretary Boris Johnson.

His chosen subjects are biology, geography, economics and politics – but he is also considering maths as a fifth A level.

Josh added that he only found out about the scholarship after reading about last year’s local Eton scholarship winner, Ahmed Roble, who moved to the all-boys private school after completing his GCSEs at Walworth Academy, with four A*s, four As and two Distinction* grades.

“Seeing that Ahmed got into Eton after going to a school like mine made me realise it was possible,” He said.

Now all Josh needs to do is seal the deal by getting six As and a Grade 8 in English Language.