Chris will take on the Vitality 10,000 for Shine Cancer Support 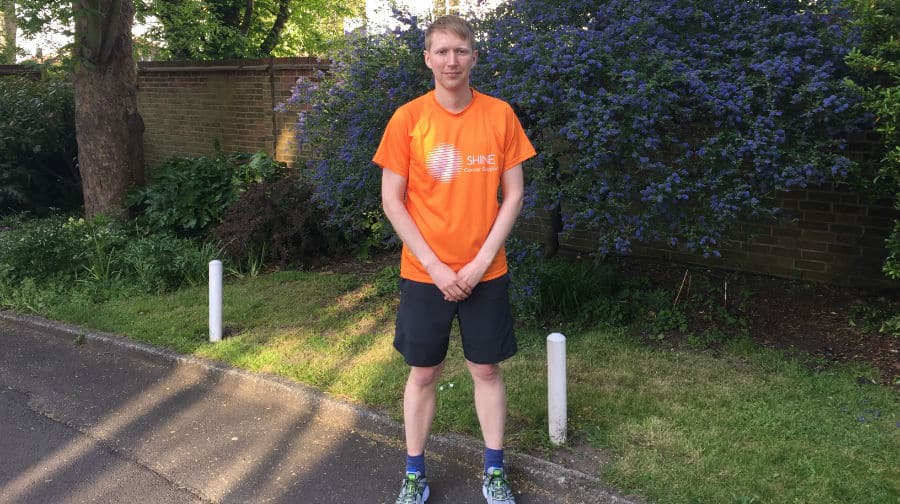 A Camberwell cancer sufferer still undergoing chemotherapy is to run a ten kilometre race for charity on May 30, writes Alex Yeates…

Chris Norris (pictured), 33, was diagnosed with stage four bowel cancer in October 2014 and had a clear scan in January this year.

But after deciding to take part in the Vitality 10,000 for Shine Cancer Support, the cancer came back forcing him back into hospital.

It hasn’t dissuaded him, however, and Chris will be running the race as planned after one more round of chemotherapy on May 20.

Chris said: “I’ve run on and off before but never something like a 10k. I have gone through different periods of treatment at different times. I think after the first round of chemo you just focus on resting and getting through it.

“I feel slightly stubborn about it. I want to still be able to do this race.

“The charity I’m running for is small but they work with the age group of people I am in. They work within the needs that we have and not just of those who also suffer from cancer like teenagers or elderly people. They do a social group and network for people who are going through it.

“I started my second treatment last week and the third one will be this Friday, which should give me some time to recover before the run. The treatment does give you fatigue and nausea which lasts a few days.

“You do usually feel sick if you exercise shortly after the treatment. The drugs I’m on also make my toes and fingers sensitive to the cold, so sometimes do get pins and needles.”

Chris is a firm believer in not letting cancer decide everything in his life, and is determined to be in the best shape he can.