The drug den was closed after a joint operation between police, Southwark Council and Southern Housing Group 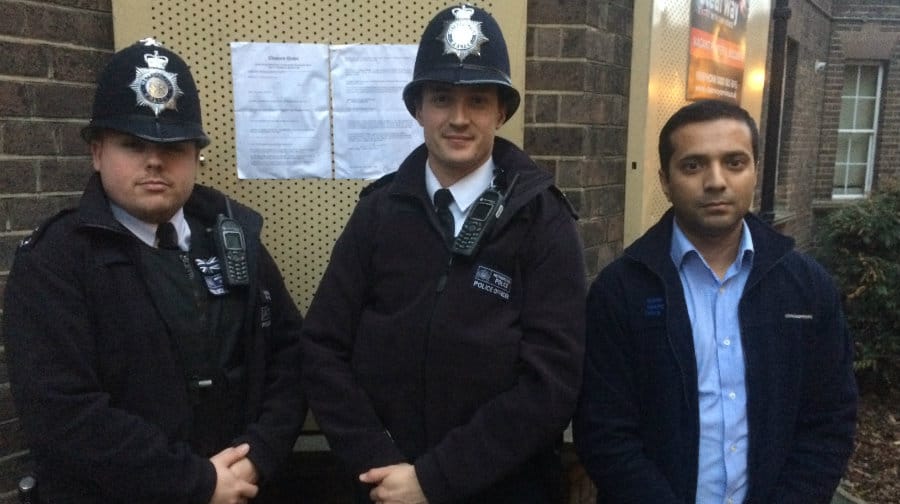 A suspected Camberwell crack house has been shut down after neighbours were terrorised by years of anti-social behaviour, including Class A drugs being brazenly dealt right on the doorstep, police say.

The Warner Road property was shut down after a closure order was granted at Camberwell Green Magistrates’ Court on December 16.

It followed a long-history of drug and anti-social behaviour problems associated with the ground floor property.

PC Mark McKay, who led the operation, said: “We received complaints from residents who were in despair about the constant anti-social behaviour by the occupant and the visitors to the premises. Neighbours were at breaking point with Class-A drugs openly being dealt on their doorsteps.

“Everyone has the right to feel safe in their own homes and with this in mind it was important to act quickly and bring much-needed respite to residents, especially before Christmas.”

A photo taken by police from inside the property appears to show drug paraphernalia and empty alcohol bottles and cans littering the building’s front room.

The house had already been searched using drug warrants on four occasions in 2015 alone, as well as in September 2013. The evidence found during these raids was enough to shut down the building.

During the operation, the police worked with Southwark Council and Southern Housing Group, who said such teamwork was “key” in keeping communities safe.

Councillor Michael Situ, Southwark Cabinet member for communities and safety, added: “The closure of the crack house on Warner Road is an excellent result from the joint working of council officers, Southern Housing Group and the police.

“However, without the support of local people none of this would have been possible. We need residents to continue to support our efforts to keep Southwark a safe place by reporting all crimes, no matter how big or small, to us or the police if it’s urgent and serious.”

No arrests were made and the occupant has been rehoused following work between the police and Southwark Council.

A photo taken from inside the crack house.

After Years of anti-social behavior?!…. ..Well, you certainly doing your job southwark…..NOT