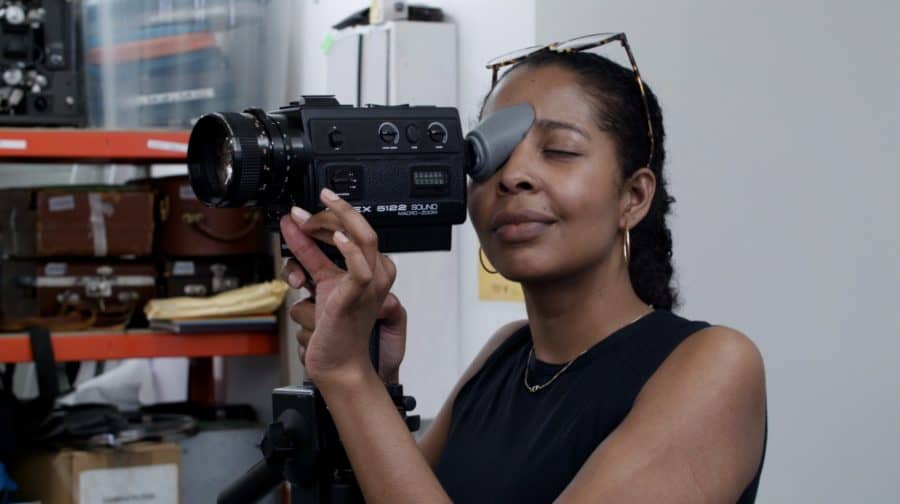 Jennifer Martin, who was born in the US but moved to London to study fine art, has been named a ‘Lodestar’ by Film London – meaning the organisation is tipping her for future success.

Ms Martin’s films often focus on the theme of immigration and the problems posed by the ‘hostile environment’ policy brought in at the Home Office under Theresa May and continued under Amber Rudd, under whom the Windrush Scandal took place.

One of Ms Martin’s works is called TEETH, about people having trouble while applying for a UK marriage visa.

Ms Martin told the News: “The research for ‘TEETH’ began with a letter leaked by The Guardian in April 2018 amid reporting on the Windrush Scandal. In January 2017, former Home Secretary Amber Rudd wrote to Prime Minister Theresa May, ‘illegal and would-be illegal migrants and the public…need to know that our immigration system has “teeth.”‘

“The language Rudd used seemed eerily fitting, mirroring what it can feel like in being an immigrant in the UK under a system that wants to consume you, churn you up, and spit you out, somewhere elsewhere. Rudd’s ‘teeth’ made plain the viciousness of the hostile government, an upfront embrace of the intended cruelty.

“I connected to Amber Rudd’s statement as an immigrant. When I began development for ‘TEETH’, I was applying for Indefinite Leave to Remain, transitioning from a spousal visa. Nevertheless, it was crucial for me to go beyond myself and my own experiences and be in conversation with others.

“Ahead of writing the script, I held one-to-one informal interviews with a small group of people in the UK and in Germany around the immigration processes they experienced. I find that I work best collaboratively and in dialogue with others.”

After moving to the UK to study, Ms Martin said she had spent the majority of her adult life in London. Despite the problems she has had with the Home Office, she said it would be “difficult to imagine leaving” the capital.

“My community is in London; I’ve been fortunate to find, connect, and relate to people through education, projects, the work I do through not/nowhere, the London-based cooperative, and more.

not/nowhere focuses on developing black and other non-white filmmakers through workshops, screenings and equipment hire, although it is open to everyone. Ms Martin added: “As a cooperative, we operate on the economic frontline of racial justice within the arts, working to dismantle the myth that artists should, for esteem, inclusion, or visibility, participate in unpaid institutional work.”

The Lodestars programme celebrates those within film, TV and games who shine with outstanding creativity or craftsmanship, tipped to go on to ever greater works in coming years, a spokesperson for Film London said.

Past winners include Joy Gharoro-Akpojotor, producer of Blue Story, which depicts boys caught up in warring gangs in Peckham and Deptford, and Koby Adom, who will be returning for a second season of the BBC’s Noughts + Crosses.

Ms Martin’s work is less commercially focused so far and she said it can be a challenge to secure funding for projects, as she is determined to pay all the crew London living wage at a minimum.

But despite her sometimes-challenging subject matter, Ms Martin may be looking to move more towards the mainstream. She is looking to develop her upcoming short film Scratch the belly I bare, which shows a queer black British reality dating show taking place amid an unknown atmospheric danger, into a feature. Other works from her back catalogue could also be developed for film and TV, she said.