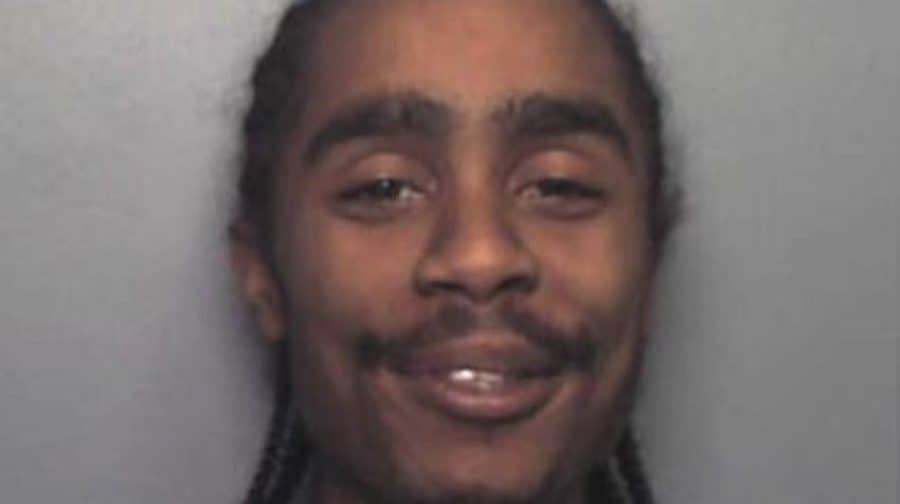 A Camberwell drug kingpin who copied the names of characters from celebrated crime drama, The Wire, has been jailed for five years and eight months.

Raphael Castillo, 29, led a drugs operation that extended from Southwark to Yeovil in Somerset.

He had a vehicle registered under the name Marlo Stanfield, and a phone in the name of Avon Barksdale, both fictional drug dealers from the US TV series.

Castillo’s London dealers rented properties in the idyllic West Country town, from where they sold heroin and crack cocaine.

Following investigations, police raided Castillo’s home in Vestry Road in December, which uncovered the extent of his lavish lifestyle.

Trainers and bag seized by police

Around £3,000 in cash was hidden inside a speaker in the boot of his car.

Castillo admitted charges of “being concerned in the supply” of class-As between March and September last year, and possession of criminal property.

He was sentenced at Bristol Crown Court on Wednesday.

At the hearing, the judge also ordered Castillo to pay back £12,775 as part of a confiscation order under the Proceeds of Crime Act.

DC Richard Grierson, who led the investigation as part of Operation Hazel, said: “Raphael Castillo was undoubtedly the leader of this county lines drugs operation.

“All the dealers working for this county lines operation were from London and have come to Yeovil to deal large quantities of class-A drugs from rented properties.

“It cannot be seen as anything other than a lucrative money-making operation with a clear hierarchy which was headed up by Castillo.

“They were extremely well-organised and while we don’t know the value of drugs they’ve supplied, we believe it will be substantial in terms of quantity and value.”