Residential streets in Peckham have seen a huge upsurge in traffic and altercations between drivers, since the bridge closed last year 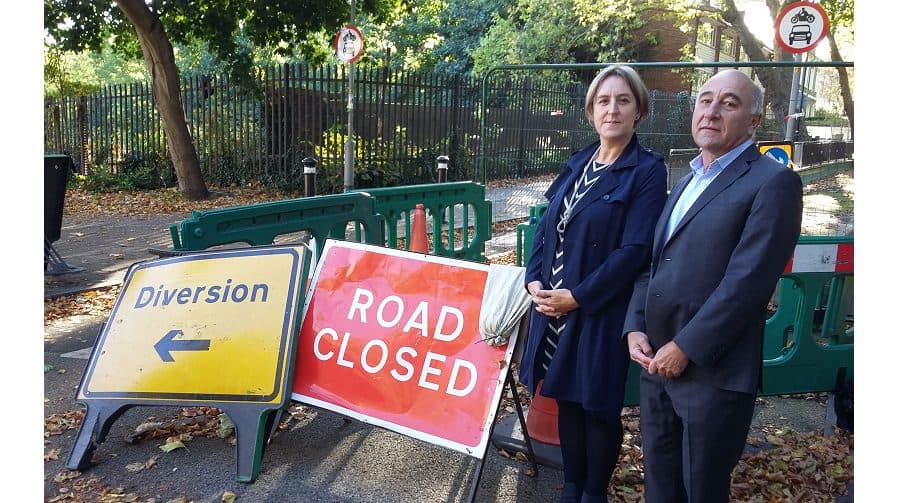 Peckham residents have seen a dramatic increase in traffic and scenes of road rage outside their homes, due to the year-long closure of Camberwell Grove Bridge.

On Monday, Southwark Council launched a public consultation into what should become of the bridge, which has been closed to all but cyclists and pedestrians.

Though it is owned by Network Rail, the company has refused to pay for strengthening works to repair its cracked steel beam. It said will only pay for works if it affects the safety of trains travelling below it.

The council has now said the bridge will be given strengthening works to enable to bridge to carry three tonnes of weight – at a cost of £17,000 – to allow for one way traffic flows, excluding HGVs. For the bridge to again withstand two-lane traffic (7.5 tonnes) the works would cost £1million, which the council said it cannot afford.

Councillor Ian Wingfield, cabinet member for environment and public realm, said: “I share our residents’ frustrations around the completion of work on the bridge, but maintenance of structures that affect live railway lines, must be safe and does take time.

“In this case, weekend closures of the line had to be booked many months in advance and the lead-in time was necessarily long; but we completed the design stage as quickly as was safe. In September we faced a blow, when maintenance work on the bridge had to be rescheduled, because of unforeseen and unrelated problems, that meant Network Rail had to cancel the line closure.

“We are repairing the bridge to allow cars and small vans, like delivery vehicles, but we want to hear from the community about how the bridge should operate in the future. We look forward to considering all of the comments we receive at the November Community Council meetings.”

Lloyd Anderson and Rebecca Kong, both Lyndhurst Grove residents, expressed exasperation with the delay, and said narrow roads in the west of Peckham have seen “almost daily” altercations between drivers.

They added that the consultation was unnecessary, and that the council should have “get on with its legal duty” to fix the bridge straight away.

Another resident, Alastair Roots, conducted his own research using council data and his own recordings, his findings (pictured below) showed traffic levels (vehicles per day) increased by 96 per cent in Chadwick Road and 78 per cent in Lyndhurst Grove