Camberwell: ‘My grandad was at King’s and now has the virus’

"I’m worried now that other people are getting the same treatment in hospital," said worried Dean 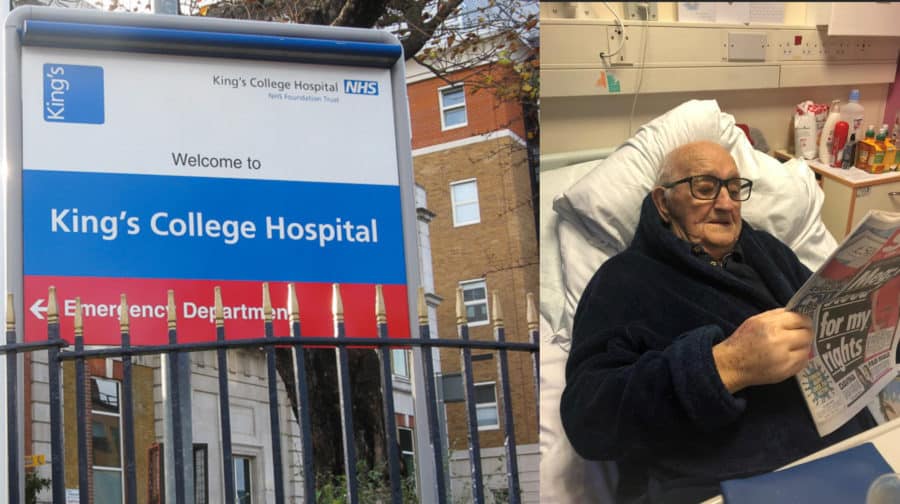 A Camberwell family have told of their worries about the treatment of their grandfather at King’s College Hospital, after he tested positive for coronavirus.

Hospitals across Southwark are stretched to breaking point as they attempt to deal with the pandemic because of increased demand on services.

Len Mills, who is in his eighties, was admitted to the hospital in Denmark Hill on March 8th because of fluid on his kidneys and lungs.

According to the family, he was admitted to the hospital’s Oliver Ward for treatment, where he came into contact with a patient who had coronavirus.

“My grandad has been battling cancer for about twenty-five years,” said his grandson Dean Stanhope.

“He got the all clear about a month ago but now they don’t know if it is cancer, he’s been going back and forth about it.

“But now he’s got coronavirus and I’m not sure he’s going to survive it. They had a patient next to him who had coronavirus who didn’t know he had it,” Dean claimed. He was tested at the hospital for the virus, and came back clear, said Dean. He was released on the tenth and went back home to his family in Camberwell.

On Monday he was confirmed as having the condition, which the family allege would have been contracted at the hospital.

“We follow rigorous infection prevention and control procedures when caring for patients who have tested positive for COVID-19,” responded a hospital spokesperson.

“As discussed with his family, Mr Mills will continue to receive the care he requires for his medical conditions.”

“When he went back to hospital, he went to the Lonsdale Ward with all of the coronavirus patients,” alleged 31-year-old Dean.

“One hundred per cent if they had not put him on that ward, he would not have got it. I’m worried now that other people are getting the same treatment in hospital.”

Southwark NewsNewsCamberwell: ‘My grandad was at King’s and now has the virus’