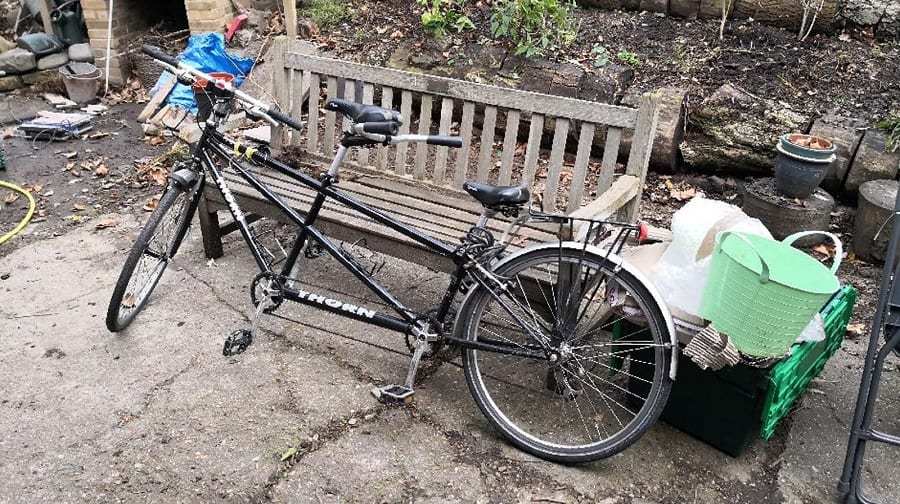 A single mother has been left struggling to get her daughter to school after their tandem bike, which they treat as their ‘family car’, was stolen in Camberwell.

Katy Thompson, 39, and her nine-year-old daughter Adaray use their Thorn child back tandem to go everywhere including school, camping trips and festivals.

But they have now been left without their “family car” after it was stolen from a bike stand outside Cowling & Wilcox arts shop in Orpheus Street on Monday, February 5, between 3.30pm and 4.15pm.

Katy, an art technician and bicycle mechanic, said there was a small note on the stand warning people there had been thefts – but it had been covered by another bike.

“I locked it up outside the arts shop and was literally 30-40 minutes but when we came back it was gone,” she said.

“The stand is cut but it’s not obvious – there’s a slice where they can move the stand apart and move the lock off.

“I’m just so upset about it and I’m really angry that that stand hasn’t been removed when people have had their bikes stolen from it before.”

Katy said the tandem was worth about £1,500 when she bought it as an investment three years ago and that it would sell for £600-700 second hand in London.

“It’s been everywhere with us; we’ve been camping with it, toured around Wales, and been to festivals – it’s part of the family,” she said.

“I can’t afford another bike – it was an investment. My daughter was getting a bit big for it so the idea was I was going to sell it and buy her proper first bike.

“It’s not insured because I can’t afford bicycle insurance since it’s so much every month.

“It’s going to make life really difficult; I’m thinking ‘How do I get Ada to piano after school and swimming’ – getting her around is going to be really tricky.”

A Metropolitan Police spokesperson said no arrests had been made.