One of the staff during April's raid "attempted to escape and was arrested in the street," said police 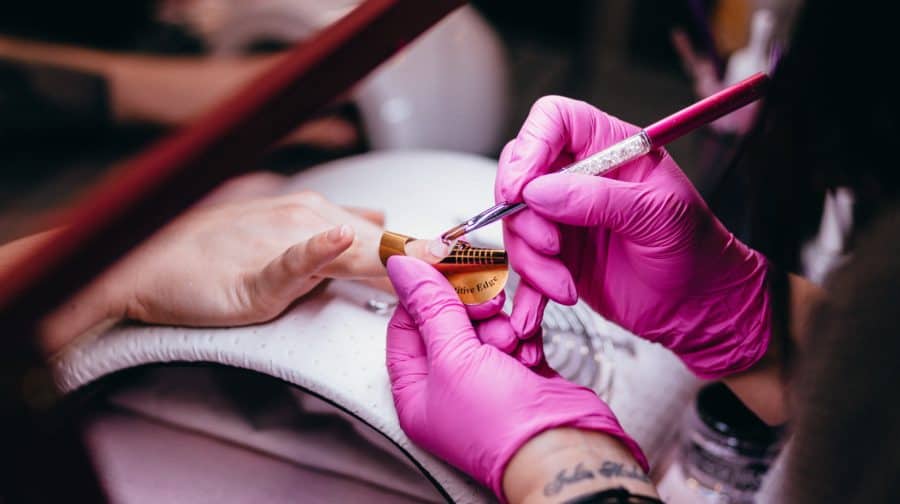 A Camberwell nail bar lost its license today amid police fears that “workers have and will be exploited” at the venue.

A UK Border Force raid in April found four Vietnamese nationals working at Ayoyemi Nails on Camberwell Road, two of whom had entered the country illegally.

One of them was underage. The other two had no right to work under the terms of their asylum application.

“The female behind the counter attempted to escape and was arrested in the street,” said PC Graham White in a submission to the council.

A separate raid in November 21 alongside Trading Standards revealed three Vietnamese nationals working at the venue, only one of whom was allowed to work, said police.

Trading Standards also seized a large number of nail gels from the shop, a meeting today heard, which ‘interim testing revealed to have contained an illegal carcinogenic ingredient’.

The female applicant  told the hearing that she was not aware of the immigration status of those arrested in April, as it had been dealt with by a business partner.

She disputed that those inside the shop were staff on other occasions raised by councillors, alleging them to be relatives of an employee who did hold a license for nail treatments.

She also told the meeting that she was also not aware that the products were potentially dangerous as she had brought them from a ‘reputable’ Peckham wholesaler.

“The facts have been well-covered, [but] the applicant is a fit and proper person to hold a license,” her solicitor told councillors.

“Yes, things happened in April, but since then lessons have been learned and she would simply ask for you to give that trust in her.”

Despite that, her bid was rejected.

A hearing to discuss whether Lucky Nails, also on Camberwell Road, should have a license to operate was adjourned after councillors discovered the applicant could not understand English.

Five people from Vietnam were arrested for immigration offences at the premises in July last year.

A second raid in October saw two further arrests, say police, while “a number of other workers had conditions forbidding them from working.”

Cllr Renata Hamvas, chair of the licensing sub-committee, rescheduled the meeting until February 12, in order that the applicant could find a translator.

A license bid for Sabrina Beauty Salon on Peckham’s Rye Lane was also due to be heard today, but has now been rescheduled.

Eight Chinese staff working at that salon were arrested for immigration offences in October after coming to the UK illegally, said police.

The News has not been able to contact the venue.

Police have raised ‘worker exploitation’ fears about all three venues in their objections to the council.

Those carrying out manicures, pedicures or nail extensions in Southwark are required to have a ‘special treatments’ licence.

The nail bar industry is coming under increasing scrutiny over fears it is a magnet for people trafficking.

Health and safety concerns have also been raised about workers’ exposure to noxious chemicals, skeletal disorders from being hunched over for long hours, and the potential for unlicensed venues to transmit infectious diseases.