'This is our one and only chance' 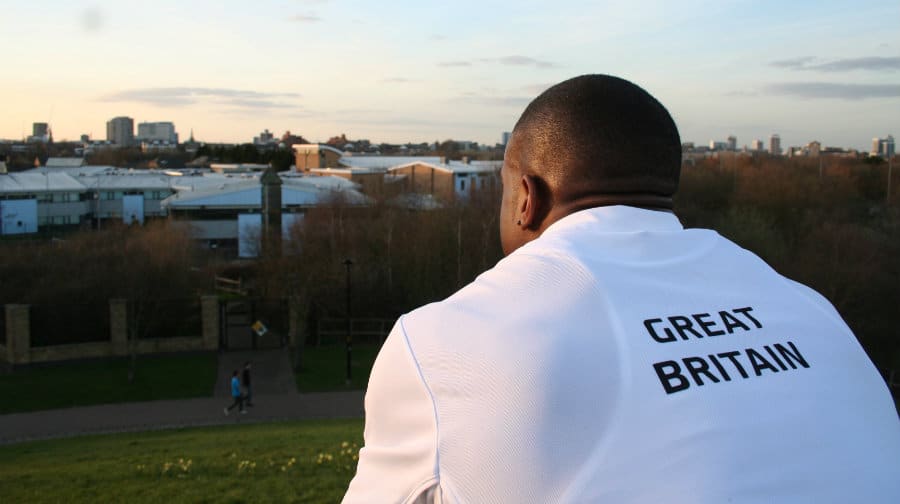 The Olympic bobsleigh hopeful from Camberwell whose dreams were cruelly dashed at Pyeongchang says he has one shot at redemption – or British bobsleigh could be derailed.

Former Bacon’s College student Toby Olubi, aged 30, competed in the Winter Games’ four-man bobsleigh team in South Korea in February with a performance he says ‘left much to be desired’.

The athlete spent years training and saving money to fund his way to South Korea – including racking up TV game show appearances on Deal or No Deal, The Cube, and Can’t Touch This.

But after a record-breaking season that included setting the track and speed record for the fasted sled ever, and equalling their best-ever finish in a World Cup competition, the team delivered a disappointing performance at Pyeongchang, finishing in 17th and 18th place. After the games Olubi – nicknamed the ‘human canon ball’ after a TV stunt – told the News of his disappointment, but commitment to pick himself back up and keep trying, paying tribute to the family, friends and people of Southwark who cheered him on.

He also told of his fears that UK Sport would cut bobsleigh funding, telling the News: “Although I managed to achieve the feat of becoming an Olympian, the results of the last Olympics left much to be desired and so my bobsleigh journey continues.

“Following the Pyeongchang Olympics and our poor performance, GB Bobsleigh was at the brunt of major funding cuts.

“Typically, as is the cut throat nature of UK sport funding, if you do not reach your Olympic targets UK sport would subsequently remove all funding from your sport for the next Olympic cycle.

“However, because we had a record breaking season prior to the Olympics we’ve been given one chance to redeem ourselves at next year’s World Championship in Whistler – which happens to be at the same track we set the track record and the speed record.

“If we do well there then we will be in receipt of four years’ worth of funding to carry us to Beijing 2022.”

Tomorrow the ever-upbeat Olubi will appear on ITV’s “The Big Audition” tomorrow, at 9pm, hoping to raise funds to take the team to Whistler in 2019, in search of what he calls ‘bobsleigh redemption’.

With little funding and time to prepare for the competition, Olubi hopes his latest TV venture can help keep him training with the four-man team.

“This is our one and only chance,” he said, highlighting how much he appreciates the help UK Sport has given.

“The plan is to compete in the four and two-man event, so we’re going to need all hands on deck.

“If we do well at Whistler then we will get four years’ of funding to carry us to Bejing 2022.

“My story is one of perseverance and determination beyond anything else, so tune in to see how things pan out when I swap the icy track for the audition floor….Keep on keeping on!”