Election interview: Conservatism is about helping people who are least-well off, says Camberwell candidate Peter Quentin

“If you’re not trying to help the least well-off, what do you exist for?” asks Conservative candidate Peter Quentin 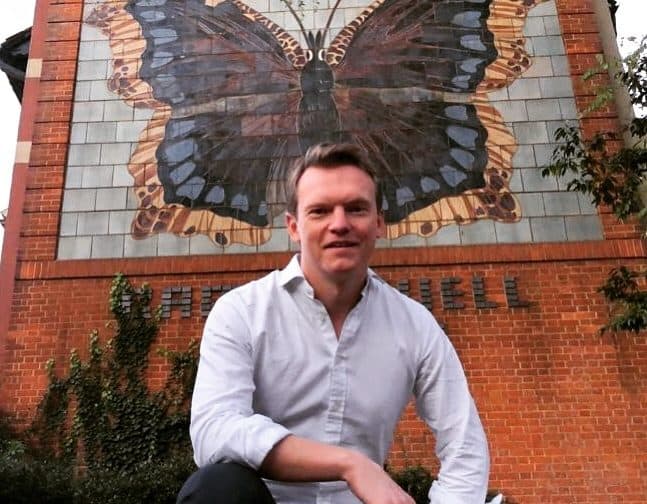 Peter Quentin is the Conservative challenger for the election in the uber-safe Labour seat of Camberwell and Peckham.

The married 36-year-old works as a policy adviser and is an Army reservist with its base just off Camberwell New Road.

He has a daughter aged four-months-old, which keeps him busy alongside working full-time and fighting a general election campaign: “I’m shattered!” he laughs.

“I guess it’s through my origin that I came into politics,” he says.

Originally from near Solihull, West Midlands, Quentin’s parents came over to the UK from South Africa, setting up a business in Redditch.

This, he says, was “politically formative,” lambasting those on the left whom he says seem to think employers are somehow intrinsically exploitative.

He studied politics at Girton College, Cambridge, but says formal politics wasn’t his scene when he was a student. (He was, however, the President of his junior common-room committee.)

His family has always had a strong sense of community spirit, he says, which has stuck with him throughout his life.

“That’s why I joined the Army,” he says.

“Because for me it’s a life-long experience working with a whole range of people you otherwise wouldn’t. You’re just as a much a social worker as anything else.” He has trained recruits in Afghanistan, and ended up as an advisor to William Hague as a result of his research work. “It was through that I realised how much you can do as an MP,” he says.

Despite not living in Camberwell and Peckham – he is a leaseholder in Westminster – Quentin insists he has local links to the seat.

He has a mountain to climb to victory. Southwark is somewhat of a Tory-free zone, and nowhere more so than in red Camberwell and Peckham.

Harriet Harman holds a massive Labour majority of more than 37,000 votes. How can that possibly be overturned?

Quentin strikes a pragmatic note: “There’s still a lot of Conservative voters [in Southwark], it’s just the distribution of them,” he says.

“I’m very realistic about previous results in the constituency.

“But I will do everything I can to promote the idea that Conservatism has a place in Camberwell and Peckham.”

This brand of Conservatism, says Quentin, is one-nation, compassionate, and caring. He backed Boris Johnson as party leader, having helped his campaign.

“I can see why people drag up things from the past, but he connects with voters. He’s far more one nation than people give him credit for,” he says.

This has been dubbed the Brexit election and Southwark voted overwhelmingly to remain. Quentin is standing on a policy platform to ‘Get Brexit Done’. Doesn’t this make him out of step with potential voters, the News asks?

“Brexit is the reason we’re having this election, but no general election can be single issue,” he says.

“When you canvass people on the street it’s not what they want to focus on.”  People want Brexit over with, he adds. And despite voting for Remain in 2016, so does he.

If we leave on January 31, as the Conservatives are promising, he says: “It’ll go on for a while… but it’ll be off the front pages, and we will have fulfilled the democratic mandate of the referendum.

“MPs voted ten-to-one to have a referendum, including the MP for Camberwell and Peckham [then Harriet Harman],” he argues. “When it came back, they voted four-to-one to invoke Article 50.

“To my mind, the UK can be a great society in the EU, or it can be a great one outside of the EU, but it can’t be one as long as it doesn’t make up its mind.”

What then, are the issues he thinks Camberwell and Peckham voters would rather talk about than Brexit? He lists three priorities: crime; education; and building communities.

On crime, the first priority he lists, he favours a stick-and-carrot approach.

Through his work with Civitas, a think-tank – “it really opened my eyes to lots of issues” – he became involved with the London Boxing Club, as its academic coordinator.

The club gave boxing coaching to those at risk of crime.

“A lot of successful criminal justice stuff comes from a sense of dignity and self-worth,” he tells this paper. By providing opportunities to young people – not just boxing, he stresses.

However, he also supports giving police greater powers, particularly to challenge those who may be carrying knives.

When he goes out onto the doorstep, people tell him they always know who is causing trouble in the neighbourhood – although he swiftly adds that “it’s a small minority.”

He backs a “sensitive and targeted” use of stop-and-search to crackdown on repeat offenders, meaning that those have already been convicted of a recent serious offence can be stopped and searched. On education, he sings the praises of secondary schools in the seat, especially Harris Academy, which runs some of the borough’s most successful schools.

“There’s a really good Conservative story we can tell on this,” he says. “A hundred per cent of secondary students [in Camberwell and Peckham] are in good and outstanding schools according to Ofsted.”

More work needs to be done on primary schools, Quentin says: “We’re actually below the national average there, so we need to focus on that.”

He calls for a transfer of the successful strategies seen at secondary schools in the seat to primary schools, and is particularly keen on the importance of alternative provision.

Housing and high-streets are his final two priorities. On housing, Quentin believes it’s “too important an issue to get into party politics on.”

The Conservatives are pledging to build one million houses in five years, between the private sector and public. “In Camberwell, it’s about social housing – since we have come in, social housing has increased forty per cent more than under Labour,” he says.

The candidate also calls for a reform of planning processes and a cut in business rates for small businesses on the high-street which help foster community, like cinemas, pubs and cafes. In the safe Labour seat, there will  no doubt be some who would accuse the Conservatives of worsening all three areas with a programme of austerity.

“It would be crass to suggest that people have not had a tough decade but I would challenge that that’s the result of an unfeeling Tory party,” he responds.

He insists that it was a necessity of the position that the Conservatives inherited in 2010, and that at this election there is a “clear” ending to austerity while still managing public finances.

“It’s not what anyone wants to be doing, making cuts. Any party has got to have humility about what we have achieved and what we haven’t achieved.

“But for me as a one-nation Conservative it’s about investing in the people who’ve had the most difficult time over the last decade.

“If you’re not trying to help the least well-off, what do you exist for?”

“2010-2019, in case you missed it…
1,000 sure start centres closed.
780 libraries closed.
700 football pitches closed.
Food bank use up 2,400%.
Homelessness up 1,000%.
Rough sleeping up 1,200%
Bedroom tax caused mass evictions.
Evictions are running at record highs.
35% of U.K. kids live in poverty.
Student fees up 300%.
Student debt has risen 150%.
Eradication of EMA (education maintenance allowance).
National debt has risen from £850billion to £2.25trillion.
Emergency Brexit stimulus from BoE in June 2016 of £175b.
Brexit related fall in national revenue £500b.
GDP fallen to -0.1%.
GBP fallen by circa 15% versus EUR and USD.
Manufacturing in recession.
Construction in recession.
Services close to recession.
25-30% cuts to all govt departments.
25-30% cuts to all councils, mainly centred on Labour councils.
Half of councils facing effective bankruptcy.
185k extra deaths attached to the political ideology of austerity.
25,000 less police.
20,000 less prison officers.
10,000 less border officials.
10,000 less firefighters.
10,000 less medical professionals.
25,000 less bed spaces for mental illness.
OECD calculate 3 million hidden unemployed, rate is really 13%.
Creation of 1.3m jobs, mainly temporary, self employed, gig economy and ZHC.
Only 30k full time work positions created.
Close on 50% of workers are self employed, ZHC, or part time precariat.
80% of the 5.3 million self employed live below the poverty line.
35% of self employed only earn £100 a month.
25% cuts for our disabled community.
80% cuts to Mobility allowance.
Closing Remploy.
40% of working households have practically no savings.
70% of households have less than 10k savings.
60% of households can only survive 2 months without a wage.
Household debt reaches new peak, despite emergency base rates.
Increase of 50% in hate crimes.
Increase of knife crime by 150% to 22,000 per year.
Increase in teenage suicide by 70%.
Suicide up 12% in the year 2018.
Self harm among young women up 70%.
Life expectancy down 3 years.
NHS satisfaction level at lowest recorded rate.
Council home building down 90%.
200k social homes lost since 2010.
Zero starter homes built, despite Tory flagship programme.
Council home building down 90%.
200k social homes lost since 2010.
One million families on council home waiting list.
100,000 increase on the council home waiting list since 2010.
36,000 teachers have left teaching.”

Oh yes, and I almost forgot to mention, the complete abandonment of integrity. This is the party under whose stewardship all honesty and decency in politics have evaporated.

“If you’re not trying to help the least well-off, what do you exist for?”

Answer: Perpetuating neoliberalism – with fiscal austerity for the poor and tax cuts and other subsidies for the wealthy minority.

Very hard to take any of this very seriously. “Conservatism is about helping people who are least well-off”, from someone who lives in Westminster and was the President of his “junior common-room committee” at Cambridge University. He speaks another language to those who live in Camberwell & Peckham, in the main.