Channel 4 SAS: Who Dares Wins contestant Samuel from Camberwell: ‘I’m doing it for my brother’ 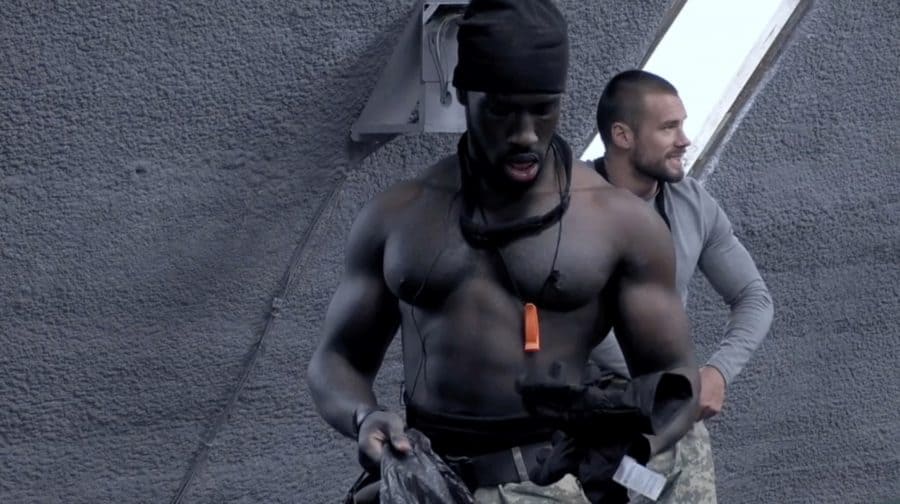 Samuel who grew up and lives in Camberwell, pictured on the show (Image: Channel 4)

A Camberwell-based star of Channel 4’s hit endurance show SAS: Who Dares Wins has said he was inspired to take part after seeing his brother suffering from a severe illness.

Viewers of the popular show see personal trainer Samuel Aremu, 27, undertake mental and physical challenges in a recreation of the infamously challenging SAS selection test, alongside other recruits.

In the first round of tests, broadcast earlier this month, 25 recruits are made to pull fully-loaded sledges across valleys in Chile’s Andes Mountains before plunging into freezing-cold waterfalls.

“The whole reason [I joined] is because my brother was ill last year,” said Samuel.  “It affected his speech, walking and hearing.

“Seeing him in the hospital bed, I was helpless and couldn’t do anything. But no matter what this course or life throws at you, you can always fight back. That was my reason for doing it.” The gym-owner first began gruelling physical training to turn his life around after being jailed for drugs offences in 2010, he told the News.

“When I ended up going to prison, I was living that fast life. But [in prison] I started reading self-development books and autobiographies, and I saw what life really is,” he said. “I read about people who made it from the bottom.”

His baby daughter being born shortly after he finished his sentence also motivated him to turn his life around through physical fitness.

He has applied that mind-set to the show, he said, which sees recruits pushed to the limits of their endurance.

The UKBFF Silver Medalist said: “It completely exposes you. But you get a chance to find out who you really are.”

He prepared for the show with a physically demanding regimen of strength training and long-distance running.

He would also try to survive a working day on just one or two hours of sleep, to prepare for the mental toll of the challenging course.

“If you’ve got something that you want to prove to yourself, then it’s a great course,” said Samuel, who co-owns Yorky’s Gym in Tooting Broadway. But he warns: “But don’t go on it just to say you’ve been on an SAS course. You can’t go with the intention that you’ll learn how to be an Army cadet.”

Recruits on the show either give up, fail the tough challenges, or win.

When asked by the News, Samuel remained tight-lipped about which happened to him.

But viewers won’t have to wait long to find out: the show airs every Sunday at 9pm on Channel 4.

Southwark NewsNewsChannel 4 SAS: Who Dares Wins contestant Samuel from Camberwell: ‘I’m doing it for my brother’