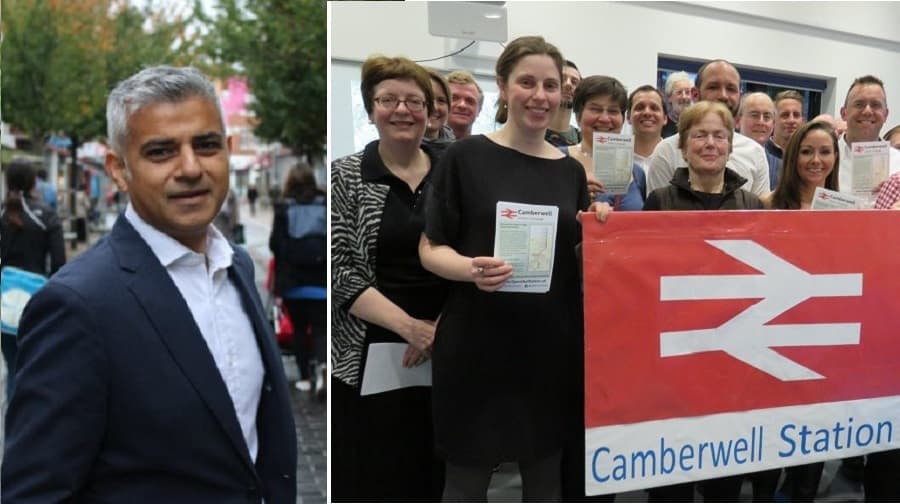 After months of waiting to hear back from London Mayor Sadiq Khan, campaigners for a train station in Camberwell  say trying to find a commitment in his response was ‘like reading tea leaves’.

London Mayor Sadiq Khan has written to campaigners, who have long been asking for Camberwell’s old railway station to be reopened.

Campaigners wrote to Sadiq outlining their arguments for reopening the station, such as high levels of congestion in Camberwell Road, and heavy footfall to King’s College and Maudlsey hospitals.

The mayor replied that it will depend on the findings of a ‘business case’, due to be produced by Transport for London.

“We also need to take account of wider local benefits to the local area, including the provision of much needed new homes. TfL is also looking at how passenger flows might change on local bus services if a station at Camberwell were to be reopened. TfL has been working with both Network Rail and the London Borough of Southwark on this study.”

TfL has twice postponed the publication of its business case, and the organisation last told the News it would be due in “late September”.

Sadiq added in his letter, addressed to Sophy Tayler of Priority Action for Camberwell Transport (PACT), that the business case will be published “this autumn”. More than 1,900 people have signed a petition calling for the station’s reopening, which was set up by PACT earlier this year – 101 years after it closed in 1916.

Commenting on Sadiq’s letter, Sophy told the News: “It’s a bit like reading tea-leaves, the longer you look into it, the more you seem to see what you are hoping for.

“More buses? That would be great in the short-term. But what we really need is a firm commitment to re-open the Station.”