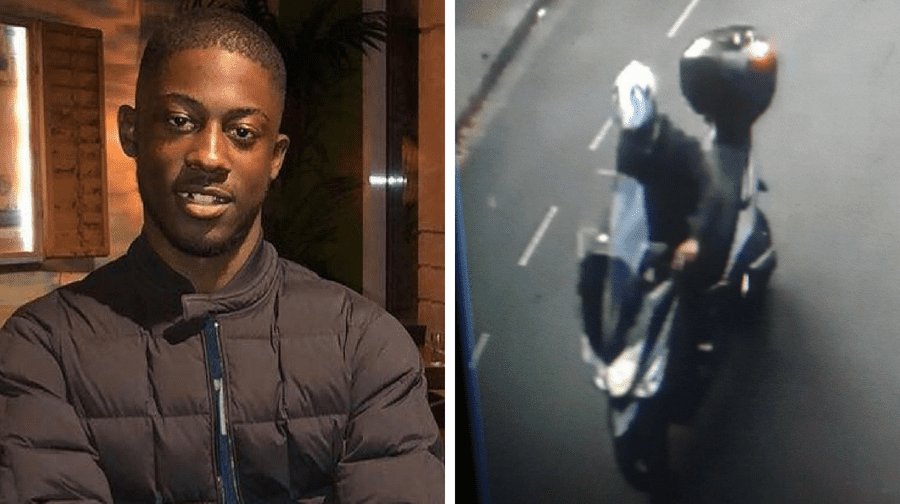 A teenager who was dumped in a Camberwell street by a moped rider and left to die after being stabbed has been named by police.

Latwaan Griffiths, eighteen, was found with knife wounds in Denmark Road at about 6.55pm on Wednesday after passers-by rushed to give him first aid.

The teenager, from Southwark, was taken to hospital where he was sadly pronounced dead at 00.22am the next morning.

A seventeen-year-old boy was arrested at an address in Kent on Thursday on suspicion of murdering Latwaan.

He was taken to a south London police station where he remains in custody.

Detectives have also released an image of a moped rider who they believe left Latwaan on Denmark Road in the hope a member of the public may be able to identify them.

There have been more than 80 violent deaths in the capital so far in 2018, including at least 53 fatal stabbings.

Latwaan was found not far from where seventeen-year-old Katrina Makunova was stabbed to death in Brisbane Street just two weeks earlier on July 12. Katrina Makunova, 17, from Lewisham, died after being stabbed in the chest in Camberwell on July 12, 2018

A 21-year-old man, from Brisbane Street, was arrested on suspicion of Katrina’s murder and later charged with manslaughter.

Detective Chief Inspector Simon Harding from the Metropolitan Police’s Homicide and Major Crime Command, who is leading the investigation, said: “We arrested a seventeen-year-old male on suspicion of Latwaan’s murder and although this is a good start to our investigation, we still want to hear from the driver of the moped as soon as possible.

“This is a tragic incident which has resulted in another young person being fatally stabbed in London and it’s important we establish where the victim initially received his injuries.

“If anyone saw the moped make off from the scene or recognises the helmet or moped we equally need to hear from them.”

A post-mortem examination will be held in due course.