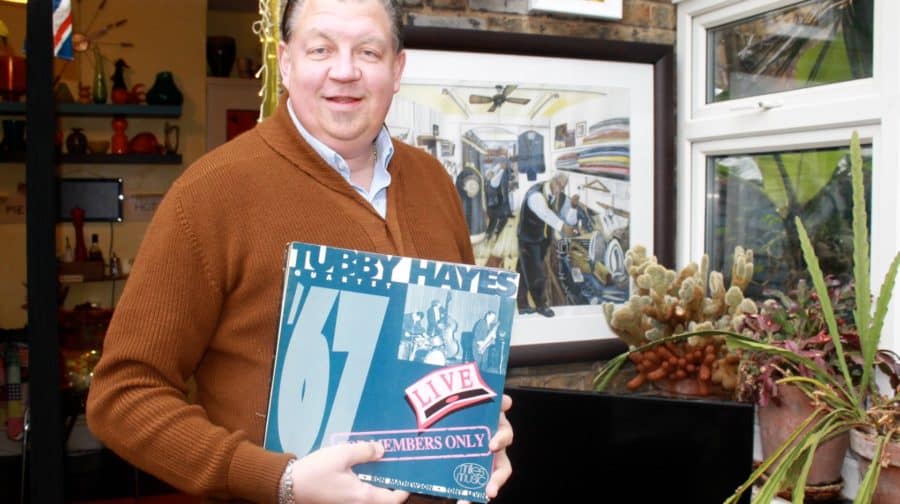 Screenwriter and producer Mark Baxter has been well-known in Camberwell for just about all his life and is often seen down the Walworth Road, popping in and out of shops and chatting to people on the street. Known for his films documenting influential cultural giants, including British jazz musician Tubby Hayes and modernist outfitter John Simons, Mark has expanded to the world of Public Relations.

“Basically I write each and every day,” he says in a friendly growl that, once heard, is never forgotten. “Be that social media work for various clients, PR and marketing jobs, blogs, treatments and script ideas for a film company I run, or developing book ideas.’ But Mark’s PR work has taken a big hit from Covid-19, along with the entertainment and retail industries. Like everyone in those worlds, he has had to adapt as best he can.

How did you get in to PR?

I’ve always been a seller; I’m from a family of totters and I think selling is in my genes. Aged 10 I would go out with my grandad to the markets where he would buy and sell bits and pieces of furniture, bric-a-brac,etc- His mantra was ‘make a pound into two’. So I did the same thing with records and clothes in my 20s, then a stall with my brother in the 80s where we sold clothes, furniture, paintings, photos, odds and sods and made a few bob.’

Eventually Mark began doing ‘product placement’ for clothing companies, using ‘celebs’ he knew personally, which developed into working full time on their social media in the early days of Facebook.

What do you love about it?

I suppose getting something off the ground, be that a book, a band, a shoe, a jumper, a film, a person, whatever… It’s great to see something develop into a ‘must have’. To me, selling a pork chop, a car or a song are the same thing. Create a demand and then sell, sell, sell.

What have been the highlights?

Two stick out in my mind. First is a book launch at the Paul Smith store when his PR wanted a few scooters lined up outside, and we managed that. Paul Smith came over to thank us, which was nice, and I thought I want more of this. Then the ‘About The Young Idea’ exhibition about The Jam. That was a lovely night with the Somerset House courtyard buzzing with punters.

It’s when you do what you are asked to do and then they don’t pay you. I’ve only had one job go completely bandy on me. Let’s just say I can be persuasive if I need to be and I have managed to get my wages, eventually, from all other jobs, no matter how long I had to wait for it. I do love a grudge, so I never forget those who have messed me about…

How has Covid-19 impacted on your profession?

It’s slaughtered it. All my regular monthly jobs have stopped, and now almost no wages coming in. My clients have stopped trading, so that’s that until it blows over.’

What do you plan to do to get through this crisis?

Before the virus hit big time, I was about to launch my 14th book, which is on my jazz hero Tubby Hayes. It is a limited edition ‘art’ book on the life behind the music and contains family photos, postcards from New York when he was playing there, passports, diaries, music awards, letters from his missus, photos of his clobber,etc… It’s one for the connoisseurs. Anyway, the book launch I planned got cancelled and I had no option but to sell the book almost unseen – and quickly. My film partner Lee Cogswell made a short promo which helped, and I did a pre-order price just to get it out there and get some of my investment back. Tough times, but half have sold, so I’ll have a few bob to keep me bobbing along. Not ideal, but in the great scheme of things I’ve just got to crack on.’

How different do you think life will be once we get back to normal?

I think this will be a reality check on all our lives. But hopefully we’ll appreciate the freedom we once had a bit more and use it wisely going forward.’

I just wish everyone all the best in the struggle to keep well in these trying times. Be sensible, stay in as much as you can and I hope you get back to ‘normal’ as soon as possible. Hands up who wants to get into a pub again? Thought so…