"Every day I must get 40 odd people asking if it’s definitely going to close... Now we will officially shut on the Bank Holiday Monday," landlady said 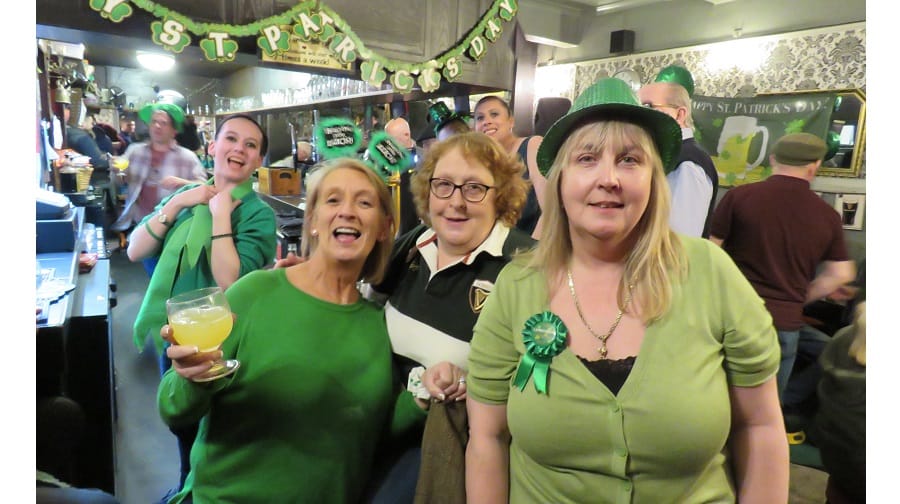 The landlady of the Nag’s Head pub in Camberwell Road has been given another month to stay open, and has vowed to go out with a bang with St George’s Day and the Bank Holiday Monday.

Speaking to the News, while the old boozer filled with St Patrick’s Day revellers, Julie Clifford said she would officially close on May 2.

The 54-year-old has now officially signed the premises licence over to the pub’s freeholder, Camberwell Road Ltd.

“That was the nail in the coffin,” Julie said, “there’s nothing we can do now.

“Every day I must get 40 odd people asking if it’s definitely going to close.

“Now we will officially shut on the Bank Holiday Monday, which leaves us with St George’s Day, which is nice because it was on St George’s Day that the pub properly opened [in 2010]”.

Julie’s fight to keep the Nag’s Head has been long-running, and an online petition set up by locals attracted over 1,600 signatures.

But hopes were dashed when Camberwell Road Ltd informed Julie her rent would be doubled to £75,000 per year. Julie added that she believes the owner will seek a new company to operate as a pub in the building, since they asked her to transfer the licence to them, rather than return it to Southwark Council.

“I’ve got no plans at the moment,” Julie said, “I didn’t plan what to do next because I always hoped it would stay open, but I’ve got a mortgage to pay, so I need to find something”.

When Julie moved in, her first beer order was bought by locals who wanted to lend their support.

“I’m going to miss every single one of them,” Julie previously said.

Kay Guidera, who set up the online petition, said: “This pub is one of the last originals in the area, as well as being part of our history and heritage.

“It’s a vital link for the people of Camberwell to congregate, particularly the elderly who perhaps don’t have any family close by and this is their only link with the outside world.”