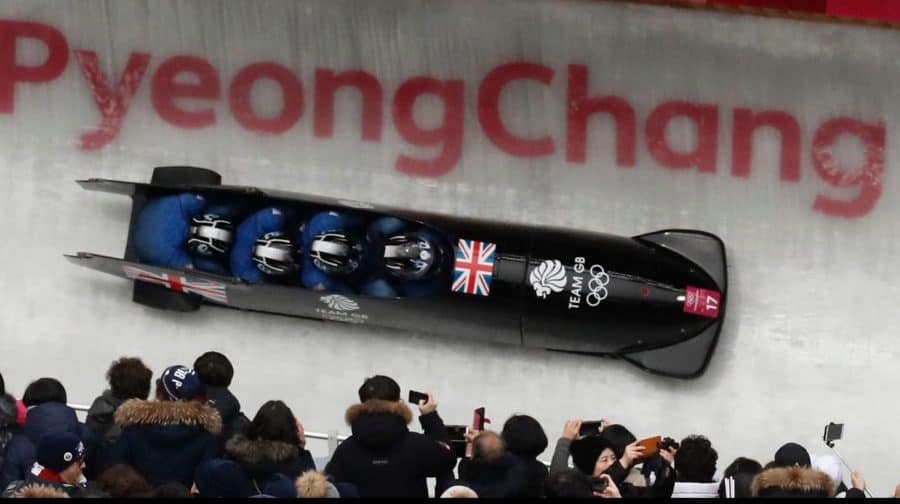 Camberwell bobsleigher Toby Olubi says he will come back stronger after his Olympic disappointment – if funding cuts don’t stop Team GB in its tracks.

Questions have now been asked whether the sport should benefit from further investment, after receiving more than £5m in preparation for Pyeonchang.

Olubi said: “We were very much medal contenders heading into the games but we didn’t get the small things right.

“Part of our equipment was rendered unfit for completion a few days before the games and we had to go borrowing from other nations.

“However, regardless of our expectations, it needs to be remembered that we’re a nation without an ice track and very little winter sport training facilities. Even being there was somewhat of an accomplishment and Team GB coming home with its greatest medal tally was beyond this world.”

Olubi said he is worried about the future of the sport in the UK: “There is an understanding that funding gets allocated based on results.

“However if you take a wider view, and not just the snapshot of the Olympics, you can see that our performances during the year warrant investment.

“As a nation without a home track to practise or compete on we’re immediately up against it.

“This has to be the most important factor. Right now our equipment is still decades behind the likes of Germany, funding cuts will only send us further back.”

In February the News reported that the former Bacon’s College student thrived on support from his family and friends.

Describing the Olympic experience, he said: “It’s hard to sum it up in words, it was a whirlwind of emotions. I’ve had moments of jubilation, extreme focus, fight, hope and disappointment. The most profound feeling I’ve felt is pride.

“Marching out in Union Jack colours, waving my home flag and being able to represent my country at that level was an honour that I’ll never forget.

“The support from home before and after the games has made the difference.

“My sister dismantled her piggy bank and flew all the way out to watch me. That meant more than anything. She told me to remember where I’d come from, the council flats of south London, to being an Olympian.

“That story in itself is epic and there are kids out there that I’ve given hope to.

“No end result could take that away from me.”

After the intensity of the Winter Games, Olubi says he will take some well-earned rest and see his family before coming back stronger.

He said: “There is no way I’m letting my bobsleigh career end there. I’ll be back in a sled fighting for redemption.

“For the team and I there is no greater fuel than the disappointment of the Olympics.

“As track record-holders, we’ll be entering next year’s world championships with fire.”

A UK Sport spokesperson said: “The UK Sport investment process we will follow for the Beijing 2022 cycle is the same as the one we used for the Tokyo 2020 cycle.

“Whilst we do look at the results from Pyeongchang 2018, we are more interested in the future potential of sports and the talent of their athletes to deliver medal winning performances at Beijing 2022.

“Like all good businesses, you are always responding to where the market is going, not to where it has been.

“We do not make decisions in the next few weeks when people are emotionally charged and tired following Pyeongchang 2018.

“After a rest, we will revisit the sport’s Beijing 2022 strategies, recalibrate them based on Pyeongchang 2018 results and then make an investment decision based on the best information and intelligence we have for Beijing 2022.

“We have been working for nine months on these strategies so that we can hit the ground running for Beijing 2022.

“Our investment recommendations for Beijing 2022 will all go to board in June where final investment decisions will be made.”