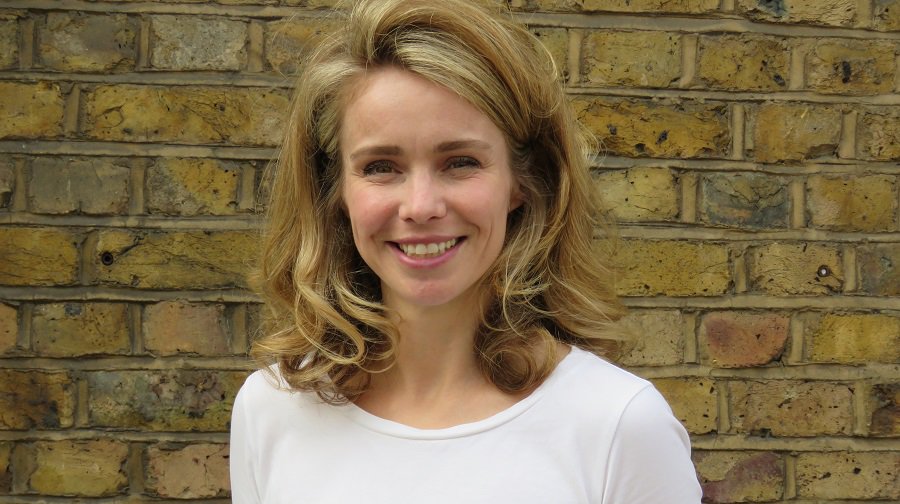 Conservative councillor Siobhan Baillie, who is standing in Bermondsey and Old Southwark during the 2017 general election

Nestled into the corner of a busy Borough coffee shop not far from the charity she works for, Siobhan Baillie insists she hasn’t been “parachuted in” to fight the Tory battle in Bermondsey and Old Southwark.

The 35-year-old, who lives in Hampstead and was elected as a Conservative councillor for Camden in 2014, admits she “came into politics quite late” and isn’t a “typical Tory”.

“I never saw Margaret Thatcher in my toast aged eight or had any amazing calling,” she quips. “I got involved locally doing campaigns for the Conservatives leafleting and just became so interested.

“I come from north Yorkshire and I’m a free school meal kid with divorced parents, so I’m probably not necessarily a typical Tory – a lot of people have said that to me.”

Despite living and working as a councillor on the other side of the river, Ms Baillie is adamant she is the best person to take on Labour’s Neil Coyle and Liberal Democrat Sir Simon Hughes in the battle for the Bermondsey and Old Southwark seat.

“I work in the constituency, it’s not like I’ve just been parachuted in, and I’ve got all the skills able to help everybody in Southwark,” she argues.

“Camden’s not a dissimilar council, it’s got a makeup of heavy Labour administration and a number of similar issues.

“People across London are facing issues about housing and transport and they want to get on in life and want somebody who is ambitious for their aspiration and you have to remember that my entire existence and professional career has been based on people and helping people.”

As someone who didn’t go to university but instead worked her way up to qualify as a solicitor through night school and weekends at law school, it’s evident this new kid on the block doesn’t shy away from hard graft – but does she have what it takes to win a seat dominated by Labour and the Liberal Democrats?

“I want to remind you that the Greater London Authority candidate here [Lambeth and Southwark] Robert Flint had the biggest swing to the Conservatives last year,” she fires back.

“There is progress for the Conservatives, people are fed up with the Lib Dem and Labour show and when I doorstep people they’re pleased to see the Conservatives and they like Theresa May and she’s got faith in me representing this seat.”

Marketing herself as the “fresh set of eyes”, Ms Baillie says she will “bear down” on housing issues, tackle knife crime, stand up for Southwark schools, and get the best deal for the country in the Brexit negotiations.

“The Conservative government and Theresa May have created firm policy backed up by the ability to have a strong economy that will create a whole new generation of social housing,” she says.

“We will make sure that people have the aspiration to move on and move up in life and the more I look at this the more things need to change here.”

The school governor also indicates she isn’t afraid to stand up against her own leadership if Southwark schools face having their funding slashed.

Bermondsey and Old Southwark was expected to be worst-hit by the National Funding Formula which aims to end the ‘post code lottery’ and distribute funding equally across schools in the country.

But in their manifesto, the Conservatives have indicated a change of tune, promising no school will have its funding cut as a result of the new formula.

Speaking before the change, Ms Baillie said: “We obviously have to get through this election but I am confident that there will be changes to either the formula or the funding so there will be a better position for London schools.

“And, if there isn’t, I will be at the front of the queue banging the drum to make sure.”

She wants to see more outreach in the community to tackle knife crime, as well as police officers backed up with funding and effective laws.

Siobhan Baillie with youngsters at YoungMinds

“The Conservatives have worked really hard to protect police funding,” she says. “They also created a law where an adult found carrying a knife for a second time can be sentenced to six months in prison – so a very strong useful law for the police to use – and there’s a lesser sentence for youths.”

Despite voting to remain in the European Union – like her leader Theresa May – Ms Baillie says it is time to move forward with the negotiations and that only a Tory MP can help to get the job done.

“I think it [the fact she voted remain] means I’ve got empathy for remainers,” she says.

“Theresa May voted remain but we are practical people who know that to get the best deal is to not spend time being over emotional and throwing insults around, it’s actually just to think about all the different issues and how we can move forward.

“I am able to do this because I’ll be able to say it’s tough, I’m sorry you don’t like it but now we need to do the hard work and get stuff done.”

On the topic of Simon Hughes calling Theresa May “irresponsible” for saying she was willing to walk away from the negotiations without a deal, she says: “I’m a divorce lawyer by trade, and if this is being billed as the biggest divorce, and it’s a country divorce, you don’t start a negotiation by giving your softest position, you have to start by showing that you are willing to walk away if you can’t get the best deal for the country.”

Despite being up against a Lib Dem candidate who represented Bermondsey and Old Southwark for 32 years under various titles – as well as spending five of those in power with the coalition government – and a Labour candidate who is far from finished after having his tenure cut short at just two years, Ms Baillie remains optimistic.

“We’ve got a proper plan for the country and for London that is backed up by the costings and by a strong and stable leader whereas the others are just paying lip service.”