The centuries-old sites holds thousands of bodies of prostitutes and paupers. 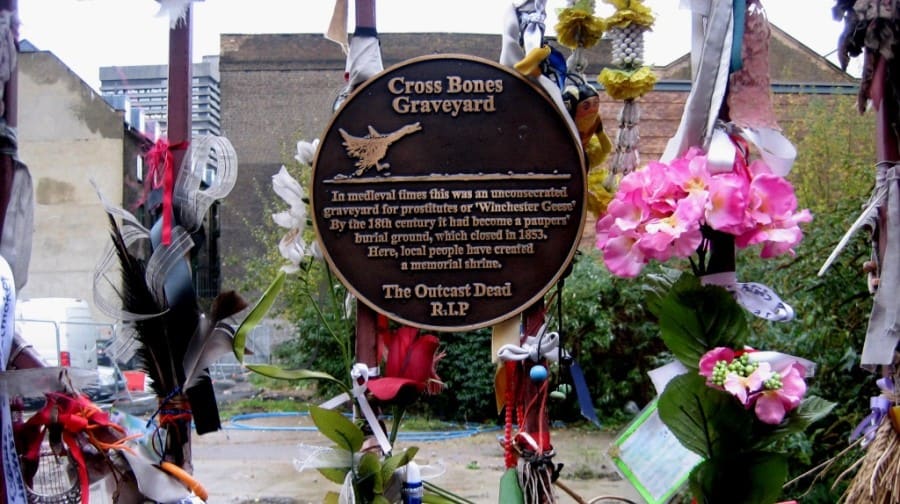 A tribute to the site's buried "outcast dead".

A crowd-funding campaign will be launched next week, calling for a centuries-old burial ground for ‘the outcast dead’ to be transformed into a memorial garden.

Crossbones Graveyard in Borough was once known as Single Women’s Graveyard, and was the burial site for many nameless women who worked at nearby brothels.

It was later used as a graveyard for paupers who could not afford to be buried at more hallowed ground, and in total it is estimated that over 20,000 people are buried at the site – half of whom are children.

However, Bankside Open Spaces Trust hope to renovate the site and commemorate the people buried there. Their fundraising campaign will launch on March 8 – International Women’s Day.

Helen Firminger, director of the charity, said: “Crossbones has an incredible history, and I say that in understanding of the sympathy we all feel for the nameless dead from centuries past interred here.

“We are holding the Crossbones launch on International Women’s Day to demonstrate the particular sympathy many of us feel for the long-dead women and mothers who are interred here.”

For the last sixteen years, the Friends of Crossbones, led by local resident and poet John Constable, have been holding monthly vigils at the site.

He said: “At a time when green public spaces are being swallowed up by new developments, we have an opportunity to establish this extraordinary place as a garden of remembrance, a community park and a unique cultural and historical resource in the heart of London.

“Crossbones is already a unique Heritage Site, a truly inclusive memorial to those who were shut out of society and to the ordinary working poor of London.”

Alternative amounts can be donated, with the £5 changed at the end of the code.