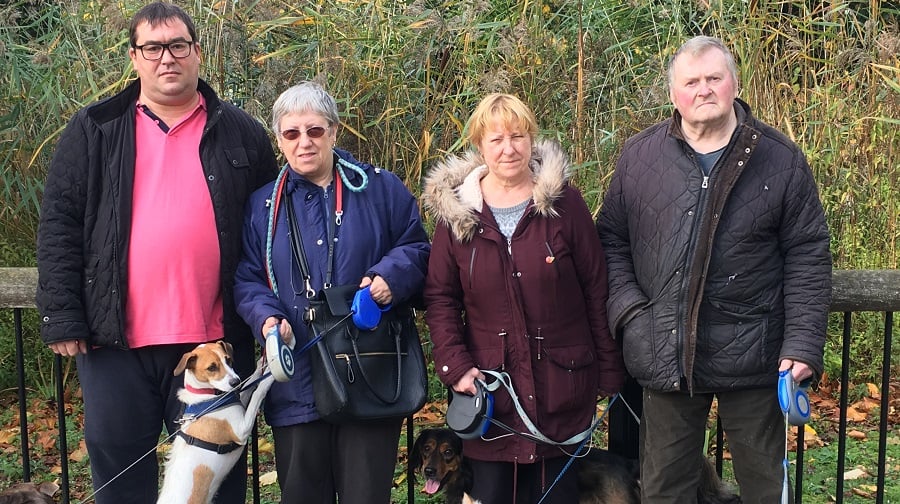 Residents are campaigning to have the borough’s annual fireworks display relocated, to prevent parts of Southwark Park from being shut off each year.

Parts of the south side of the park, where the running track, outdoor gym and CGP London art gallery are located, will be closed off to the public as part of Southwark Fireworks Night.

Residents say this is the longest amount of time the park has been partially closed for the event and that the public usually has access to more areas while it is shut off.

Valerie Hodson, secretary of Hawkstone tenants’ and residents’ association, told the News: “Years ago they used to just put a fence around the middle grass and we could use the other grass areas except from on the night of the event, which was fine, but last year they just closed the whole thing off.

“They are closing the park for five days and the event isn’t until the Sunday evening; in previous years they just closed it off on the night of the fireworks from about 5pm.”

Residents have set up an online petition, calling for the fireworks event to either be relocated next year or cancelled.

“We want to see if they can at least look at using the other side of the park because it’s used less,” said Ms Hodson.

“There’s Burgess Park and lots of other places – we aren’t saying don’t have a fireworks display, but there are other places.”

The council said access would remain open for those using the children’s playground, CGP London, Rotherhithe Primary School, the running track (until 1pm on November 5), the park café, and Hawkstone Road car park (except for November 5).

Councillor Johnson Situ, cabinet member for business, culture and social regeneration, said: “We apologise for any inconvenience, but we do make every effort to minimise disruption, and each year we review our plans and try to accommodate as many of our local residents’ comments as possible.

“This year, we have responded to feedback by keeping the playground, running track and car park open, and by providing an area around the Hawkstone Gate for dog walkers.

“We are one of very few London boroughs still offering a free fireworks display for our residents.

“It is a lot safer for people to come to our amazing and extremely popular organised event, than to buy, store and set fireworks off around their homes.”