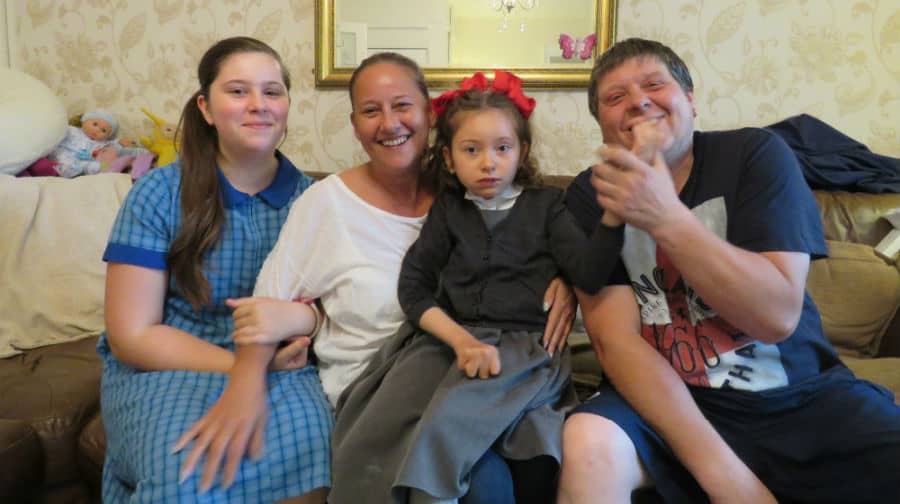 The family of an ill Bermondsey girl’s campaign to buy a computer, to help her speak to them for the first time, have smashed their target after just three months.

Ruby Longman, ten, saw donations reach the needed £10,000, but they kept going to more than £11,500, after a series of fundraising events took place to help her afford an eyegaze computer.

Ruby suffers from the rare Rett syndrome, which has prevented her from walking and talking since she was a baby, and her family now hope they will be able to talk to her once she is trained to use the computer. The machine works by enabling the user to choose words on a screen, which are then said.

A charity football match between Millwall and Charlton Athletic fans helped with the total by raising £1,141, with 157 people turning out to show their support for both the team and Ruby, leading Millwall fans onto a 7-0 win.

Simon Davis, an organiser of the match, said: “It was a superb success. We raised a great amount and had a great result too, 7-0! Normally they beat us.

“It was a really good day all round, and the parents seemed to be overly grateful with what we did. It’s got to be some sort of struggle for them. So now I’m going to do two events a year for them.

“For Ruby’s birthday I’m going to do collections at Millwall and another football match for her. For Christmas there will be something too for her, like this year I will do a fancy dress party. They can do anything they want to do with it such as buy extra stuff for Ruby.”

The football match followed a fundraising day by Alfred Salter Primary School, where Ruby is a pupil, with the mums’ alone raising more than £700. A grand total from the children is yet to be announced.

Speaking after the football match, Ruby’s mum, Timi, told the News how thankful she was for everyone’s support.

She said: “Ruby had an awesome time and she smiled all day. This is going to be life changing for Ruby and we cannot thank people enough.

“It’s so humbling and we no longer feel alone and it has restored our faith in people. People really do care and that is truly wonderful and uplifting.

“We are so emotional you should all be so proud of yourselves. You are truly amazing, loving, wonderful and caring.

“I’d also like to thank the Rett Clinic at Sunshine House, for all their support for Ruby, and Kerry Railton and her mum, Diane Lawrence, for running a 10k, raising £620.”

Ruby is now to be assessed by the manufactures of the computer in September.