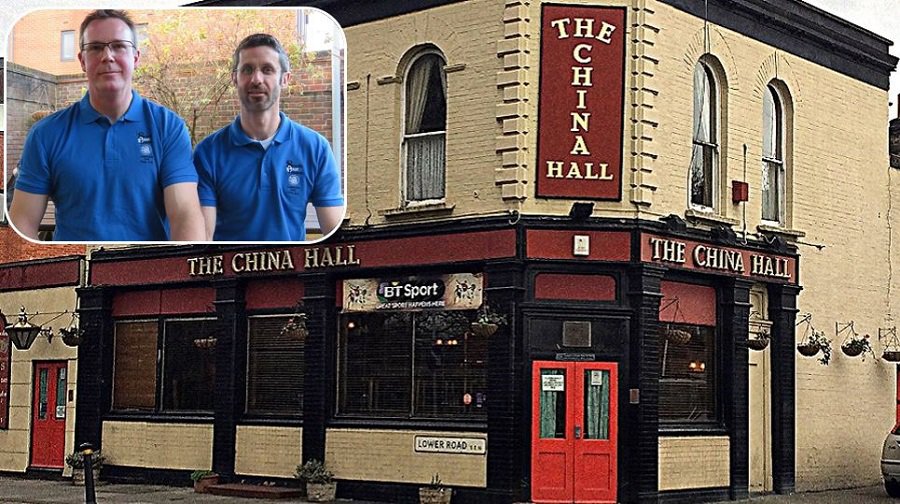 The landlords of the China Hall are continuing their fight to save the pub after joining forces with representatives of the Campaign for Real Ale to have it listed as an asset of community value.

The future of the Lower Road pub hangs in the balance after previous owners Punch Taverns sold the freehold of the building to a developer.

Landlords Michael Norris, 68, and his wife Linda, 56, who have run the pub for almost 34 years, face losing both their home and their livelihood after being told by the new owners that their lease will not be renewed on May 28.

Under the Localism Act, a building or land can be considered an asset of community value if it is currently used to improve the social well-being and interests of the local community, or has been used in the recent past in this way.

With the help of representatives of the southeast London branch of CAMRA, Michael and Linda have submitted an application to Southwark Council to have the China Hall listed as an asset of community value.

This is the third attempt at having the pub listed as an ACV – but, if successful, it would give the community the chance to work up a bid to buy it should it be sold, and more importantly it would mean that any changes to the building would require planning permission and the ACV would have to be taken into consideration.

“The fundamental issue is that for far too long now pubs have been seen as an easy target for developers,” Steve Silcock, chair of the southeast London branch of CAMRA, told the News.

“Now the ACVs and pub protection policies are starting to put a few obstacles in the way and hopefully over time developers will start to move on to look at something else.”

“Property developers don’t buy pubs because they want to refurbish them,” he added.

Andy Large, pubs campaign co-ordinator for the branch, said that, in years gone by, a landlord would take on a pub and expect to run it for as long as they wished to – but times have changed.

“Originally, a lease renewal was no big tragedy; if you wanted to stay, you would stay,” he said. “Generally speaking, you might get a rent review but you would expect to take a pub on and have it for as long as you wanted it – however the new owners like to use their legal privileges to the max and kick people out.

“If it was your home in any other way you would have the right of residence and they would not be able to get rid of you from upstairs in a normal residential setting but because it’s a commercial setting you don’t have those rights.”

Pubs also have other means of protection through a local authority’s pub protection plan.

The Mayor of London wrote the pub protection policy into the London Plan and applied it to each borough, meaning a council must write it into their local plan.

Mr Large said the China Hall would be “very well protected” once a pub protection policy was put in place through Southwark Council’s New Southwark Plan.

A draft copy of the plan states that: “Retention and improvement of pubs will be supported because they can be important community assets by helping to create a sense of place and a hub for developing social networks between local people.”

A council spokeswoman confirmed that Southwark had received an application for an ACV for the China Hall. She also confirmed that a final version of the Southwark Plan was set to be submitted in October.

A ‘Save the China Hall’ online petition has already attracted more than 300 signatures and an overwhelming number of messages of support.

How to get Asset of Community Value status for pubs

There’s a simple way to help protect local boozers from being booted out by developers, according to a group of Walworth residents.

Chair of the Walworth Society, Jeremy Leach, told the News that residents from all over Southwark came to them for advice whenever another pub was under threat.

What you need to do is “get in their early, before the developer comes along” and apply to Southwark Council for a pub to be awarded Asset of Community Value (ACV) status.

“The Walworth Society has done four ACV listings and we have also supported a number of other pubs with applications.

“People always do it in reaction to a developer coming along, but you need to do it in advance. We want people to get ahead of the game, so there’s more of chance of deterring a sale or a change-of-use planning application.

“What you need to do is collect stories from the people who use the pub and why it’s important to them.

“If you approach your local councillor they should be able to help as well. But the application can be done in a day’s work.”

Visit walworthsociety.co.uk to read the Walworth’s Society’s guide on applying to the council for ACV status.