More than 380,000 people have signed the petition 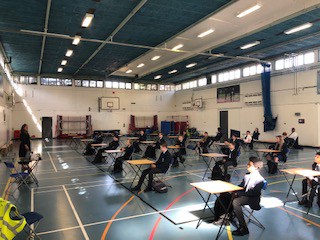 A campaign to close schools that is backed by a Southwark councillor and primary school teacher is gathering support.

Teachers and parents are divided over the decision to keep schools open during the second lockdown, with many angry that the government did not take the opportunity to impose a ‘circuit-breaker’ during half-term.

Camberwell councillor James McAsh (Labour) was supportive of a half-term circuit-breaker – like all Southwark’s MPs – and says closing schools in term time has to be an absolute last resort.

Keeping schools open is a trade-off between combatting the virus more quickly, and protecting children’s education. But missing the opportunity in half-term to take action has left the country with no choice, McAsh says.

“Education workplaces are some of the most highly infected,” he explains. “And yet we have zero protection, no PPE, no social distancing, no priority for testing.

“We want to do our bit. But the government must support us. Put schools in the lockdown, control the virus, and invest in school safety.”

The latest figures from the ONS estimate that one per cent of primary pupils and two per cent of secondary pupils have the virus.

More than 380,000 people have signed a petition calling on parliament to act.

Head teachers, however, have cautiously welcomed the decision to keep education open throughout the next lockdown.

The National Association of Head Teachers’ general secretary Nick Brook said the union was concerned about ‘ambiguity’ over shielding and rights at work.

“It is right to prioritise keeping pupils in school,” he explained. “No-one is more committed to ensuring that children do not lose out during this time than those that have dedicated their working lives to education.

“Neither though does anyone want to see pupils or staff put in harm’s way.

“We are calling on the government to provide complete transparency on the risks to children, families and school staff of keeping all pupils in school, and to give clear guidance on what additional measures schools may have to take in order to keep everyone safe.

“We are particularly concerned that, once again, there is considerable ambiguity about whether it is safe for those who are clinically vulnerable or extremely vulnerable to continue to work in a school.”