Campaign to save art by Polish sculptor from Camberwell Magistrates’ Court 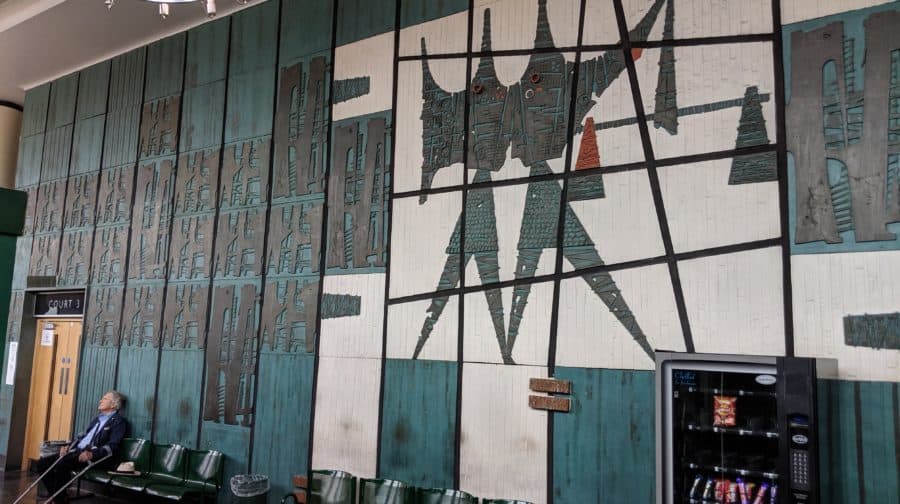 London’s polish community is hoping to save a huge artwork inside Camberwell Magistrates’ Court for the public.

The court, which was sold off by the Ministry of Justice to a private developer, is now being demolished to make way for a private development.  Inside the condemned building is an installation created by Polish sculptor.

Although the relief – almost 100 metres long and five metres tall – will be safely dismantled from the building after the Ministry of Justice donated it to the Polish Cultural Foundation, they still have to cover the costs of dismantling, moving and installing it elsewhere; expected to run into the thousands.

Artist Tadeusz Adam Zielinski was born in Trzebina on February 4, 1907 and passed away in London on November 25, 1993. At the start of World War Two he was a prisoner of war and forced into a gulag in Kozelsk, in what was then the USSR.

He eventually fought alongside the Allied forces in General Anders’ Army and found refuge in the UK while exiled from his home country. During his army career he continued sculpting and painting.

Zielinski’s work features in several prominent polish churches across the country and further afield, including in Palestine; where he was based for a period of the conflict.

In the post-war years Zielinski was a key figure in London’s polish community.  If the campaign, which has been backed by ex-Islington mayor Stefan Kasprzyk, reaches its target it is hoped the piece will go on permanent display at the Polish Cultural Centre in Hammersmith.

To donate to the Polish Cultural Foundation’s appeal, visit https://www.gofundme.com/f/save-zielinski-artwork