Council says 2013 document "no longer has much practical application" 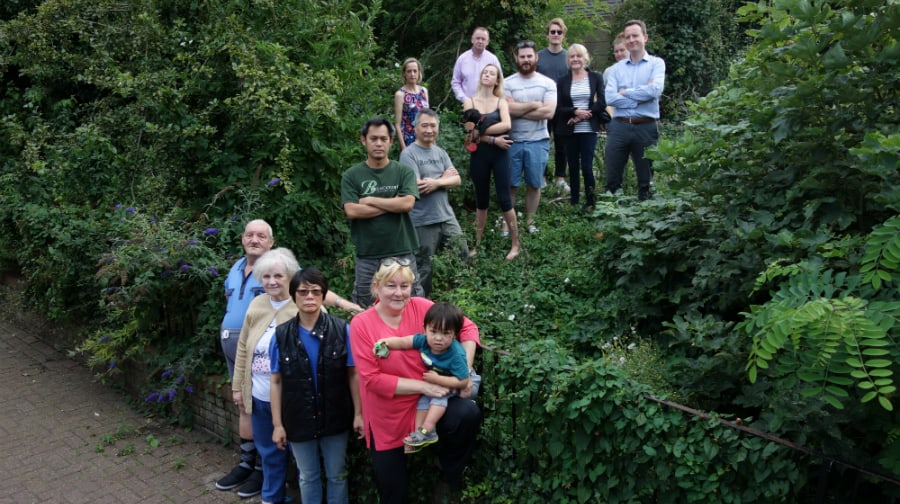 Campaigners protesting against a proposed £20m leisure centre at a Rotherhithe “green haven” have questioned Southwark Council on a “hidden” document which recommends three other locations.

The council’s 2013 “options appraisal” study, which was recovered by campaigners using a Freedom of Information request, made three proposals: redeveloping the current Seven Islands centre, using free space at the Surrey Quays Tesco overflow carpark or building over part of the old Harmsworth Quay printing site.

Campaigners argue that the council is ignoring their own former recommendations in order to keep British Land, developers for the huge Canada Water Masterplan, happy.

A spokesperson for the Canada Water West Residents Action Group said: “To us, it appears that this U-turn has clearly come about because Southwark Council now wants to use the Canada Water regeneration as a cash cow – no matter what the impact on the scheme’s neighbours, who face having a huge building erected claustrophobically close to their back doors. After all, the council’s own research has shown that the wildlife area site is not the first choice, second choice or even third choice for a vital new facility for the community.”

He said: “The initial piece of work looked in isolation at where a new leisure centre might be built, without the benefit of a comprehensive masterplan for the whole of Canada Water and without consultation with landowners, which is essential to ensure delivery.

“We now have the opportunity to include the new facility as part of the comprehensive planning of an entire new town centre, which means that the 2013 report no longer has much practical application.”

A spokesperson for British Land added: “We are committed to working with the local community as we develop our exciting proposals for the local area. We are holding topic sessions on the Canada Water Masterplan over the coming months, and will be holding further consultation on the masterplan in the New Year, including on the new leisure centre, subject to the Council’s decision and consultation on this matter.”