Is there room at the inn? 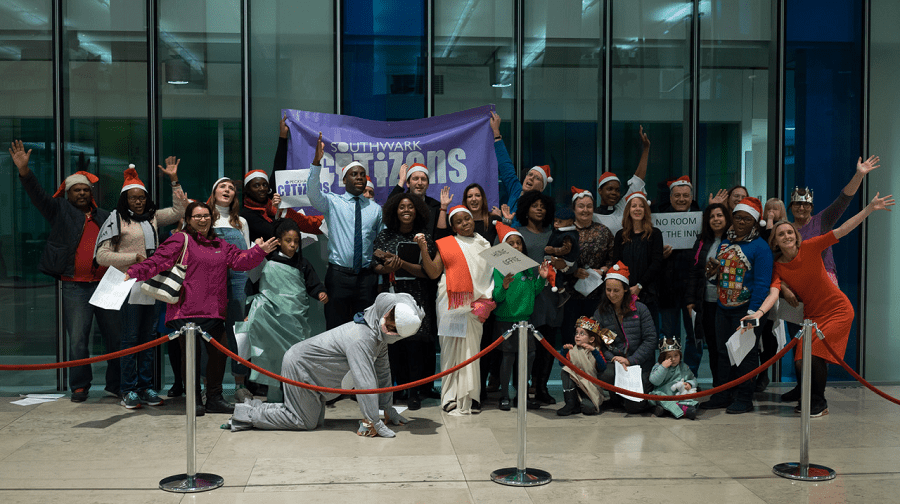 Campaigners held a nativity at Southwark Council’s headquarters on Tuesday night, asking if there is ‘room at the inn’ for refugees.

Thirty activists from Southwark and Peckham Citizens staged the nativity scene at Tooley Street asking the council to fulfil its previous commitment to resettle five families every year for five years.  The first Syrian families arrived in Southwark six months ago.

The group is also pushing for more affordable housing and for Peckham residents to have a say in how the Aylesham Centre will be redeveloped.

Claire Arkwright, a community organiser for Southwark and Peckham citizens, said: ‘We used a performance of the nativity scene and adapted Christmas songs to ask vital questions about when more refugees will be resettled, affordable homes will be built and how developments in Southwark will ring true to what local people want.

“We are happy that the cabinet members committed to working with us and that the council is just waiting on the Home Office and that more refugee families will be on their way, but they are behind their target so we hope that things will get moving quickly.”