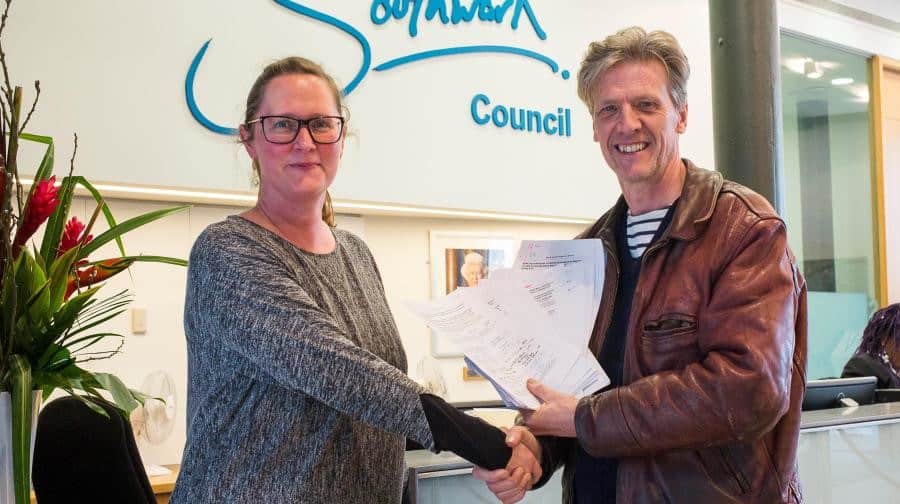 A grass-roots campaign has successfully blocked plans to fill in an historic underpass as part of planned improvements to Burgess Park.

Residents living near the park gathered over a thousand signatures in one weekend, to halt proposals to fill in the tunnel under Wells Way used to link the two sections of the park.

Mother-of-two, Kim Boone, who lives a minute’s walk from the park and takes her dogs there every day, signed the petition to retain the last remnant of the Grand Surrey Canal, which has prompted a rethink from the council.

Shortly after the petition was handed over, Councillor Barrie Hargrove, cabinet member for public health, parks and leisure told the News that plans to fill in the subway had been squashed. “Closing the underpass was just one option amongst a range of others that the public have been invited to give their views about,” he said. “This option has been ruled out and we are moving on towards bringing more great improvements to this very important green space,” he added.

“The battle now is the cycle spine,” said Kim, 55, referring to proposals to route a new cycle way through the middle of the park.  “There are already problems there,” she said, after her friend was knocked over by a cyclist going too fast through the park and broke her wrist.

Cllr Mark Williams, Southark’s cabinet member for regeneration, planning and transport, previously told the News: “Any new route through Burgess Park will be designed in a way that encourages responsible cycling, we will talk to local residents and park users about how we can do this in more detail before any works begin.”