Where can I go to a Remembrance Sunday service in Southwark? 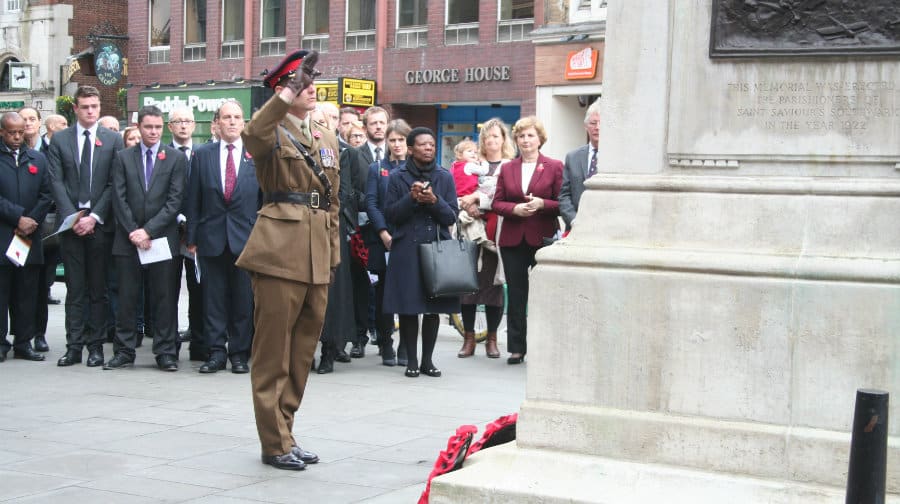 Guests are asked to arrive at St Saviour’s memorial by 10.30am for a 10.45am start, followed by two minutes’ silence at 11am.

In Bermondsey, the Bishop of Southwark, The Right Rev Christopher Chessun, will lead the service at the West Lane Memorial at the junction with Jamaica Road, commencing at 10.45am and a two-minute silence at 11am.

At the Imperial War Museum, a ceremony will take place in the museum’s Atrium, commencing with The Last Post, played at 11am, followed by a two-minute silence.

There will then be a recital played on a violin made from trees that grewin the former battlefields on the Western Front. A Remembrance ceremony will also take place at St Steven’s Church in South Dulwich at 10.15am, with a gathering at the war memorial for a two minutes silence at 11am.

Southwark NewsNewsWhere can I go to a Remembrance Sunday service in Southwark?