Manze's pie and mash, in Tower Bridge Road, has signed a contract with delivery giant Deliveroo 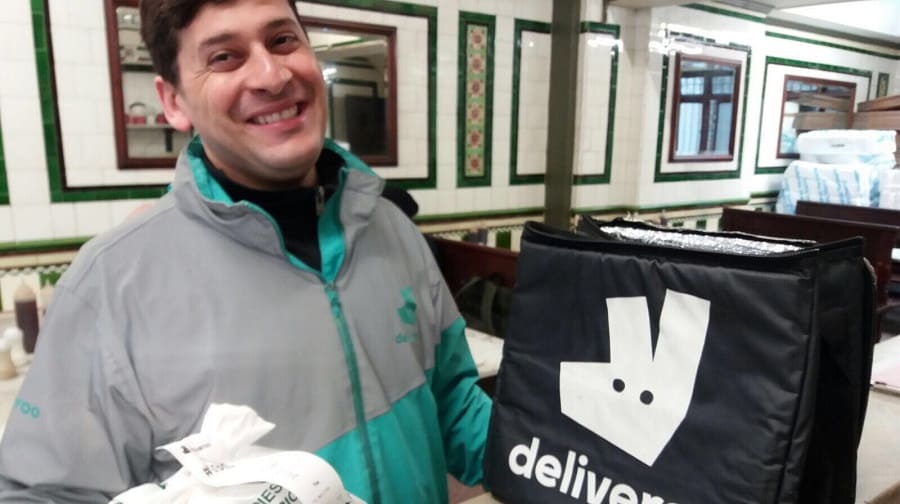 Manze’s pie and mash lovers can now have their favourite order delivered straight to their dinner table or desk in Bermondsey.

The popular pie and mash shop in Tower Bridge Road recently signed a contract with delivery giant Deliveroo, which guarantees to deliver orders piping hot in the area.

Manze’s co-owner Rick Poole told the News in January that the Bermondsey branch was struggling to keep up with the ever-changing times.

Mr Poole, who co-owns the chain with his brothers Geoff and Graham, told of how he had just pulled out of a contract with delivery company UberEATS after it sparked backlash from some customers over claims it could steal business from black cab drivers.

He had sought a contract with Deliveroo, but unfortunately they weren’t taking on any more businesses in the area at the time.

Fortunately for Manze’s, Deliveroo has now taken on the extra business, and although Mr Poole said he didn’t think the Deliveroo orders would play a “major part” in business, he did say business was “picking up” and “every little helps”.

Rick Poole, one of the owners of Manze’s Pie and Mash

“We were expecting mainly office workers to use them but I think we are getting a few domestic people and locals,” he said.

“For one reason or another they might not be able to get out of the house and can’t make it to the shop such as being disabled.

“We already did a chilled delivery service but this will be a hot service. Someone put on Facebook the other day how pleased she was because within twenty minutes it [her order] was on her desk.”

The Deliveroo riders are delivering within a kilometre or so of the Tower Bridge Road shop during normal opening hours.

Mr Poole said they aim to deliver an order within ten minutes of picking it up from the shop.

And the shop owner added that there could also be plans to introduce a Deliveroo service at the Peckham branch of Manze’s if all went well at Tower Bridge Road.