Can you help find the Good Samaritan who helped save this man’s life when he collapsed outside Elephant and Castle station with meningitis?

Nick wants to #FindEllen to say a big thank you 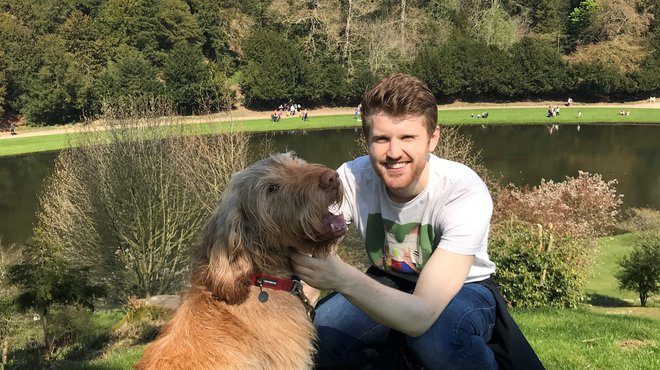 The search is on to trace a Good Samaritan who saved a man’s life after he collapsed from meningitis outside Elephant and Castle station.

He had been feeling unwell in the days beforehand, but had put down his aches, pains, and an upset stomach to enjoying the World Cup a bit too much.

While keeling over vomiting with a crippling headache outside the station, he was ignored by passers-by who all assumed he was drunk – except for one woman who stopped after realising something was seriously wrong.

Although his memory of the encounter is hazy, he says she was blonde, may have been called Ellen, and was from Norway.

Nick, who lives in Brixton, says the kind-hearted woman phoned 999 and stayed with him until the ambulance arrived, making sure he didn’t lose consciousness.

In hospital, doctors diagnosed him with meningococcal meningitis – a potentially fatal illness – and he was put on intravenous antibiotics.

He describes the illness and his recovery as ‘some of the hardest months of my life, where my body and mind were no longer functioning in a way that I was used to’ with recurring migraines, problems concentrating, and fatigue.

Nick is now back to full strength and is even running the London Vitality 10k to raise funds for charity Meningitis Now, raising more than £1,000 so far.

But a year later he has still been unable to thank the mystery Good Samaritan.

“I would love to meet her and say a proper thank you,” he said.

“She was the only one who stopped that night and she really might have saved my life.”

Nick and Meningitis Now are appealing for people in Southwark to share his story and help #FindEllen.

For more information about the signs and symptoms of meningitis, visit meningitisnow.org

Southwark NewsNewsCan you help find the Good Samaritan who helped save this man’s life when he collapsed outside Elephant and Castle station with meningitis?