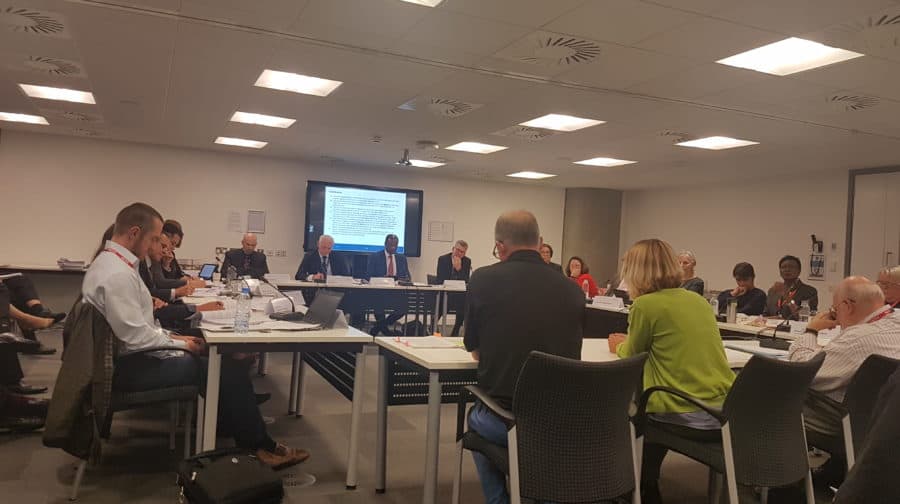 Opponents to the Canada Water Masterplan last night alleged transport chaos would ensure if the scheme is approved – saying the impact on the Jubilee Line would be “catastrophic.”

A packed planning committee hearing for the scheme – among the largest in Southwark history – heard from council officers recommending the plans be approved, and a deputation of local residents who raised fears over transport, density and the environment.

If successful, British Land’s proposals would see the transformation of large swathes of Rotherhithe and Surrey Quays, creating up to 20,000 jobs and 4,000 new homes.

Council officers have encouraged councillors to approve plans for four plots in detail and the rest in outline, saying the ‘scale and benefits of the scheme significantly outweigh any harm’.

But among those objecting at the hearing, the first of two, was Howard Dawber, managing director of the Canary Wharf group – who accused British Land of ‘short-changing’ residents of up to £200million in transport investment.

“The applicants admit that this proposal will overload the Jubilee Line and make life difficult for residents who live in Bermondsey, London Bridge, Canada Water and other stations on the line,” he claimed.

“The Jubilee Line is already at capacity now and the Overground is near capacity. There’s simply not enough public transport to cope with 13,000 or more peak hour journeys.

“We think local residents are being short-changed. Other schemes of this size have provided specific direct contributions to improving transport capacity.

“There is, in our view, between £100million and £200 million of transport investment missing here.

“Don’t take our word for it – more objections to this scheme have been made under transport grounds than any other grounds.” Mr Dawber’s comments drew applause from objectors sat in the hall. Similar points were also made by Rotherhithe resident, Brian Hodge, who acted as a spokesperson for local objectors.

But later the meeting heard from a TfL representative who told councillors that mitigation measures proposed by British Land would be enough to manage the extra demand.

The developer has committed £33m over fifteen years for transport improvements, including a second entrance at Surrey Quays station, two new bus routes and an expansion of cycle hire stations.

“Our view is that there are adequate transport mitigations but we will be providing more details on Monday,” she said. “The system will be able to cope with the mitigations proposed by British Land.”

However, she was grilled on the issue by councillors. “I think we would agree that the current infrastructure is not meeting local need at this time, is that right?” asked planning chair, Cllr Martin Seaton.

“I think the issue is that most of London has similar if not greater crowding than Canada Water,” she responded. When asked by representative councillors whether British Land should pay more towards transport infrastructure,  she said: “I think anyone would say we would like lots of money.

“But the test is what is reasonable to ask a developer to do.”

The answer drew criticism from Mr Dawber, who said: “You said you’ve got no money, and money would be nice.

“Well there you go, if you’re not asking British Land for a contribution … then you’ll never have money to do it.”

A meeting on Monday, September 30, will continue hearing from objectors of the scheme for around thirty minutes, before also hearing from those in favour.