The group hopes to get the Mayor to overturn the scheme - and if not, pledge a legal challenge 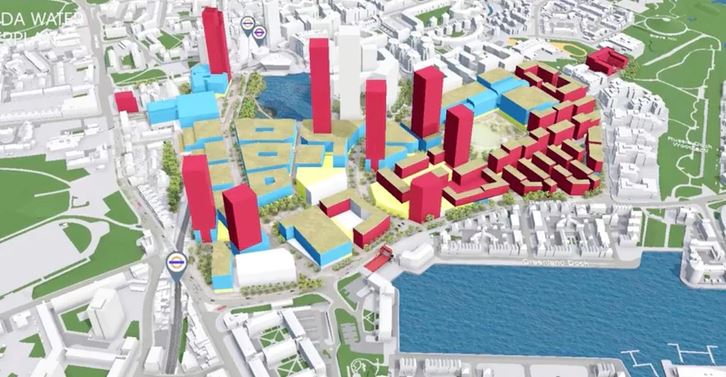 The group says its concerned about density, housing and transport

Thousands of pounds has been raised for a legal bid to challenge the Canada Water Masterplan.

The 53-acre development, the largest in the borough’s history, was unanimously approved by councillors at the end of September.

The £3.3bn scheme will see the overhaul of vast swathes of Rotherhithe and Surrey Quays over the next fifteen years, bringing up to 3,000 new homes to the area and 20,000 new jobs.

But now a group of local stakeholder groups have launched a drive to legally challenge the approved application, over fears of ‘segregation’ of social housing and overwhelmed transport routes.

“We want a new shopping and town centre along with housing provision that serves the community, not a high-rise “destination” to compete with Canary Wharf,” state the group, made up of seven stakeholder groups including residents’ groups as well as parents and school governors.

“We challenge “cut and paste” development which gives no thought to the local community and its environs.” The group added: “We are also troubled by the propriety of Southwark giving planning permission when it is in a 20/80 partnership with the developer.”

British Land, the developer behind the Canada Water Masterplan, refused to comment.

The group hopes to raise £10,000 to make representations to the Mayor, Sadiq Khan, for the scheme to be given reconsideration. If unsuccessful, they plan to challenge the development in the courts.

Among their major concerns are that the scheme’s social housing is in a plot which they allege is segregated away from the private dwellings of the development, in breach of planning policy.

They also allege that the development will put an “impossible strain” on local transport routes.

British Land has pledged £33m to improve transport in the area as part of the development, but concerns have remained that already congested routes will only worsen. Southwark Council’s Cllr Johnson Situ said the scheme was “an exciting blue print,” which would provide much-needed social homes in “some of the best locations” of the development.

“We recognise some local people’s concerns around transport and the location of some of the new homes,” he said.

“There was a full discussion at planning committee with views expressed on both sides but ultimately the decision was unanimously approved and we are continuing to work with all parties to improve on transport options in the area.”

Over £3,500 has been raised by the group so far, of an initial target of £10,000. “We are extremely heartened by the public response,” the group told the News.