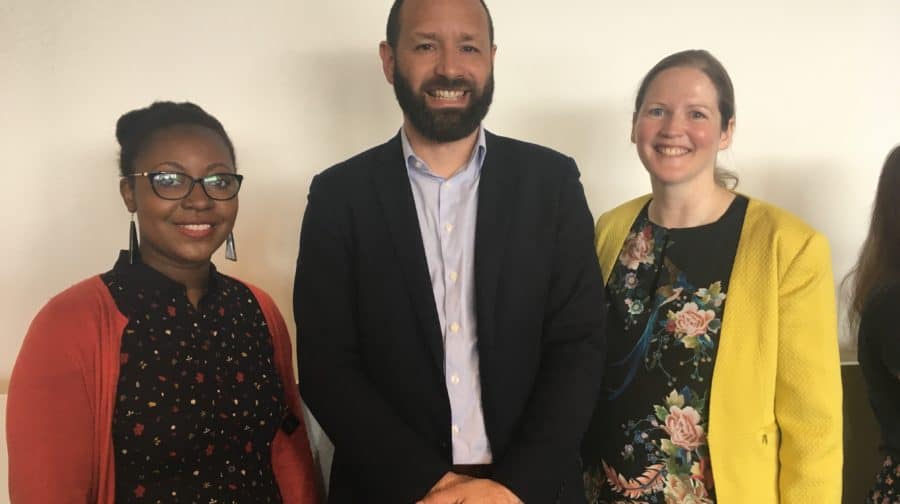 A pioneering British Library project to turn libraries into one-stop shops for entrepreneurship has been launched in the borough.

The three-year ‘Start Ups in London libraries’ scheme, running at Canada Water, Peckham and East Street libraries, will see hubs of business support, including free workshops, information and one-to-one support for budding entrepreneurs to building their own company.

Explaining the scheme at the launch event in Canada Water library on May 16, Cllr Kieron Williams, who holds the jobs, skills and innovation said: “This scheme will mean you can walk into any three of our libraries and get immediate one-to-one support for setting up your own business. I really look forward to seeing how this helps people on their business journey,” he said.

“I hope that I will come back three years from now and some of you here will be part of our success story,” added Uto Patrick, the project manager for the scheme at the British Library.

Around one hundred people at the launch event also heard from Emma Snow, who runs a market stall in Bermondsey’s Blue, and Dean Williams, who will act as Southwark’s ‘SME champion’.

To be eligible for the ‘Start Ups in London Libraries’ programme you need to be either the owner of a business which has not been trading or been registered at Companies House, or be an aspiring entrepreneur with an idea you want to develop.

More information can be found here on the British Library website.