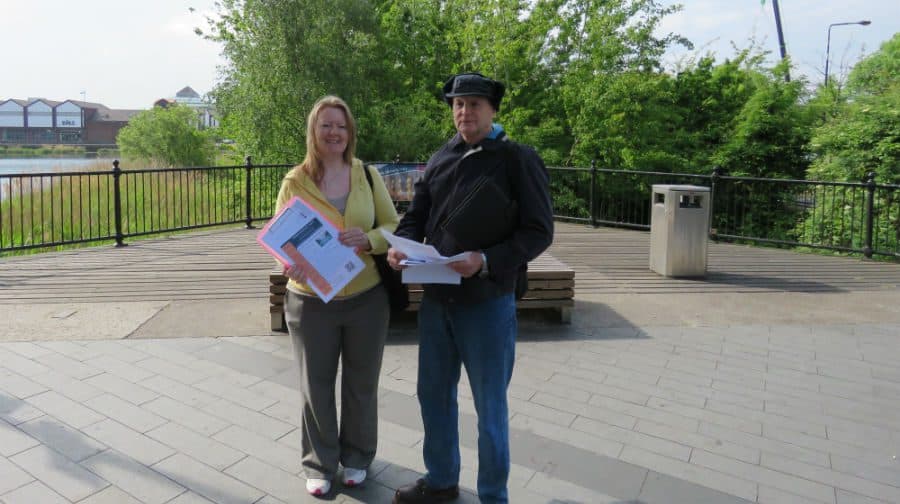 Outraged Canada Water residents are demanding Southwark Council give them the pool they were promised in earlier discussions about the Seven Island Leisure Centre’s replacement.

Campaigners were incensed when they heard the original plan for a 50m pool were shelved in favour of a 25m one, when the current one measures 33m.

Residents created a petition on the council’s website which has so far gained 167 of the 500 signatures needed for it to be discussed at a cabinet meeting.

David Foot, a Canada Water resident, said: “It is the fact that they are not going to give us the pool they promised that gets me.

“Of all the people who saw the plans only one person spoke in favour of what the architects from British Land were proposing.

“They don’t seem prepared to take any sort of feedback. So if this petition gets 500 signatures they will have to say something constructive.

“They modified the Master Plan and the buildings are now six times higher, the pool is much smaller and they are putting it in a green reserve. It is really despicable. It is terrible.”

Plans to build a new leisure centre are already controversial as it would be on a “green corridor”.

Councillor Mark Williams, Southwark Council’s cabinet member for regeneration and new homes, said: “With plans now progressing for Canada Water the council has committed to delivering a sustainable, state of the art modern leisure centre for residents that will be fully accessible.

“This will include an eight-lane 25-metre-length pool, a learner pool, a four courts sports hall, three studios, and a 150 station gym.

“We are awaiting the results from the public consultation before making a final decisions.”

The petition runs till September 30 and can be found at http://bit.ly/1O1VUDX

Fantastic article, here you have again the link to the official Southwark Petition for the pool, leisure centre and over-development planed by the Labour Led Council – PLEASE PLEASE SIGN
http://moderngov.southwark.gov.uk/mgEPetitionDisplay.aspx?ID=500000028&RPID=599226752&HPID=599226752
Labour Southwark Council want to give us a Standard European Pool of scarcely 25 meters and very little depth! A pool designed only for children who can’t swim lessons and is no measure for any significant competition except when a non swimmer child manages to swim 25 meters.
We really need to keep our present 33 meter Imperial Pool with a fantastic 3.8 meters depth to allow many sports for adults and children or:
We need to make sure it is replaced by a pool which is either the same or an improvement such as a 50 meter pool, distance which is the only measure for all significant competitions and if possible with a good depth and working diving boards which is justified in such a large development as set down by the original Master Plan before the Labour Council modified it and reduced the pool size by half and increased the buildings height by a factor of 7.
We must not accept European standardization of education in this area, the good performance of UK swimmers and divers started in the old very well designed Imperial pools, we can do without European rubbish..