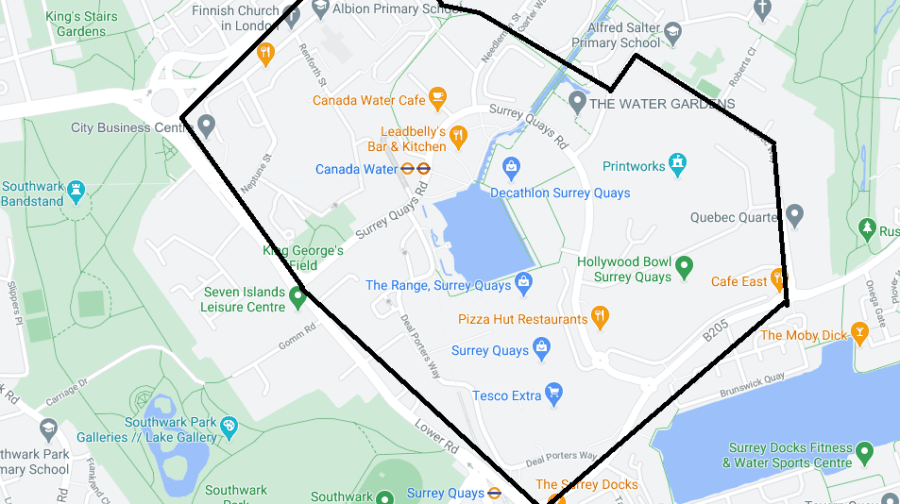 A dispersal order has been put in place for the Canada Water area for the second time in three weekends, after a recent increase in anti-social behaviour.

Police are concerned about groups of young people setting off fireworks in the street, an issue that plagued the Rotherhithe area in autumn 2020.

Officers said this year that they are going to be more proactive about stopping the dangerous firework problem, after the scale of last year’s incidents took them by surprise.

Due to a slight increase in ASB. A Dispersal Order has been put in place around the Canada Water area. This will be in place for 48 hours. Starting at 2000 hours on Friday 22 October 2021 & concluding at 1959 hours on Sunday 24 October 2021. See included map for specified area. pic.twitter.com/iI322QDF51

The order allows police to tell people they think have taken part or will take part in criminal or anti-social behaviour to leave the area.

Inspector Tom Cornish, the Met Police’s neighbourhood inspector for Southwark, said that police think the group of teenagers this year is different from the culprits who were involved in autumn 2020, although they probably belong to the same 13-15 age group.

Some people living outside the dispersal order zone in Rotherhithe and on Jamaica Road in Bermondsey said they were concerned that the same problems were affecting them but that they had less protection from police.