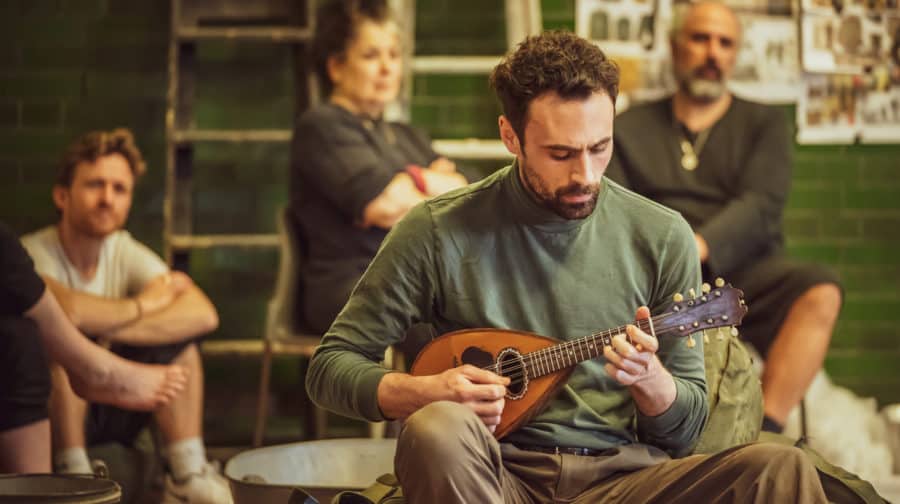 Lead actor Alex Mugnaioni was travelling home on Tuesday evening on the 18.34 Southestern service from London Bridge to Sidcup with the mandolin, the star of the show.

But after leaving the train, he discovered he’d lost the rare instrument – which the show’s actors have named ‘Antonia’.

“It’s so out of character, it’s not something Corelli would’ve done either! The mandolin is like the main part of the show,” Alex told the News.

“We spent a long time hunting for the perfect Mandolin, it’s devastating to lose it so close to the show.

“I’m playing throughout the show and you create quite a connection with an instrument.

“If anyone has picked it up by mistake we’d be so grateful for its return.” Alex had gotten the tube to London Bridge before boarding the busy train, and placing ‘Antonia’ on the overhead luggage rack.

It was only when he got home that he realised he no longer had the vital instrument.

When he realised his error, the actor immediately called a cab from his Sidcup home to Blackheath, the next stop for the train – but despite searching high-and-low, couldn’t see it anywhere.

The Neopolitan instrument is distinctive, and hard to get hold of in England, which would hamper efforts to find another, he added.

“The thing about a Neapolitan mandolin is they’re quite special and hard to get hold of especially in England,” he said.

Now the show’s producers are urgently appealing for anyone who may have found Captain Corelli’s missing mandolin to get in touch.

They’ve even said that anyone who reunites the Captain with his precious musical instrument will get free tickets to the show’s opening night at Rose Theatre, Kingston on April 25.

Anyone who has come across the mandolin should email info@nml.org.uk.

The production is an “epic love story” set on the Greek island of Cephalonia.

It follows the lives of Dr Iannis, his strong-willed daughter Pelagia and the Italian Captain Antonio Corelli, during the Italian and German occupation of the island in World War II.

The touring production is due to begin on April 13 at the Curve in Leicester.