Car bursts into flames in Peckham

Dramatic scenes were captured by passers-by 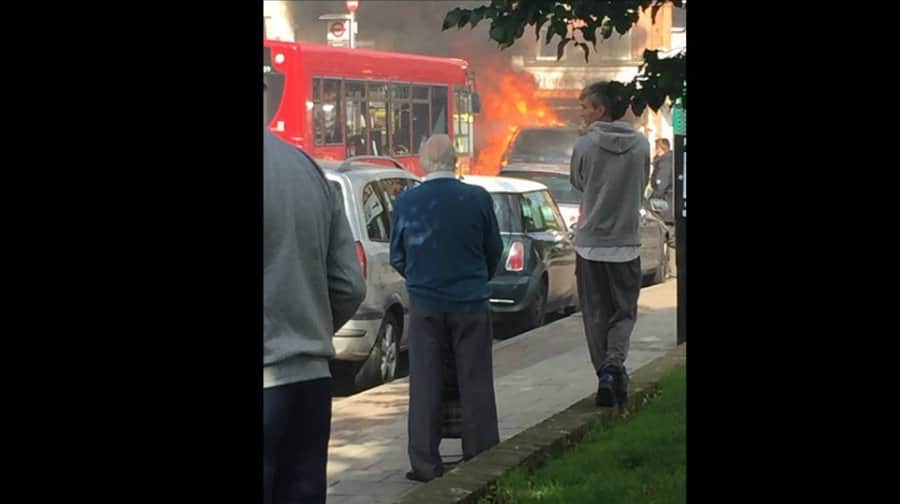 Stunned onlookers watched in horror as a car burst into flames on Peckham Rye on Thursday lunchtime.

Police and fire crews were called to the junction with Nigel Road just after midday to reports of a car on fire.

A police spokesperson said officers were concerned the Citroen estate car had a full tank of petrol.

The fire was brought under control by 12.15 and there were no reports of any injuries.

The road was closed but is being reopened as vehicle recovery teams at the scene move the scorched car out of the road.