House windows and railings were damanged in the crash 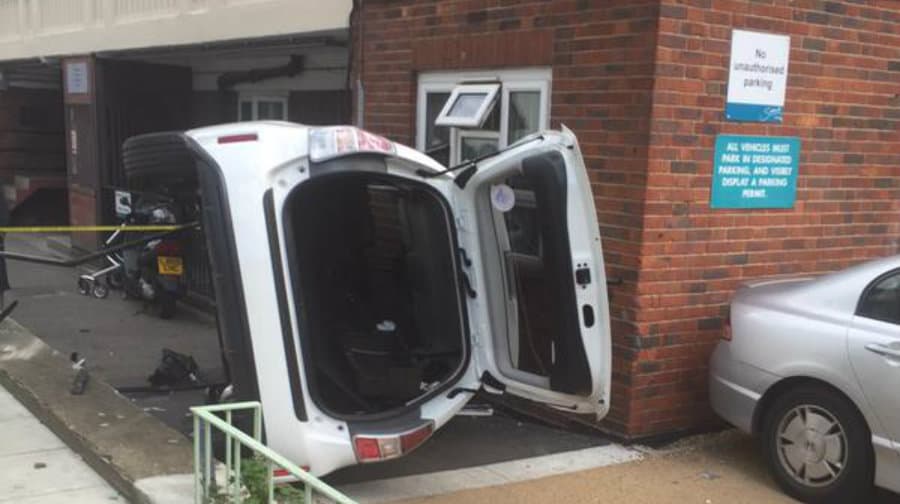 A car ended up tipped on its side against a block of flats after an eye-catching accident in Waterloo last week.

No-one was injured in Friday’s incident, which saw windows in a Quentin House home smashed and pavement railings damaged.

The fire brigade were called when fuel began leaking out of the white Toyota Prius, following the collision at around 11.45am.

The scene was made safe and a police spokesperson reported that it was a “damage-only” collision with no injuries.