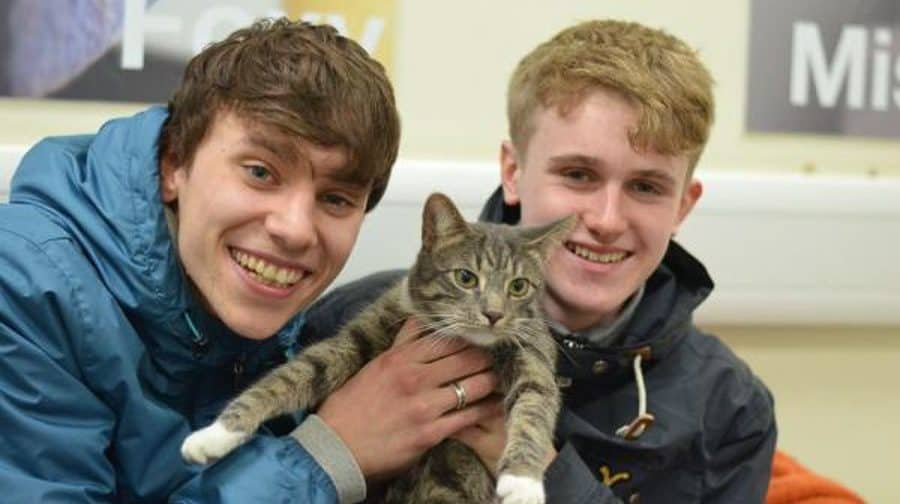 A cat missing for ten weeks was reunited with its owners after getting trapped in a phone box – five miles from his home.

Alfie the puss was spotted in a Canada Water phone box by a member of the public, a long way (for a cat) from his Forest Hill home.

He was taken to Battersea Dogs and Cats Home, where staff scanned his microchip and contacted his owner.

“It was such a relief,” said Luke Price. “We thank everyone at Battersea for looking after him.”

“Only fifteen per cent of cats that arrive here are microchipped,” said Battersea’s Head of Cattery Lindsey Quinlan. “So when a cat like Alfie comes in it makes our job very rewarding.”