Cathedrals to disappear off the map?

The decision was made after extensive research by the Electoral Commission 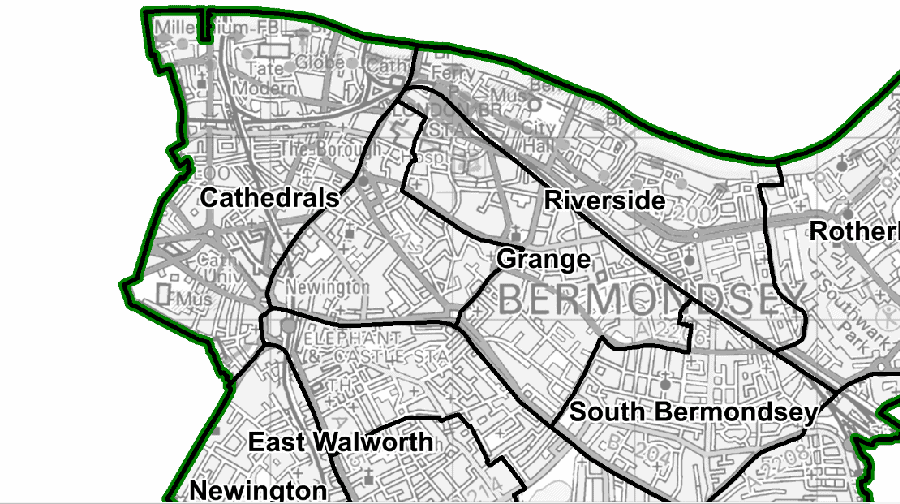 Southwark Council’s Cathedrals ward will disappear in the next council election if the independent Local Government Boundary Commission’s recommendations are followed.

The commission’s review follows an eight-week public consultation on draft proposals for each ward across Southwark, with its final recommendation being that the number of councillors remain at 63, and that they should represent seventeen three-member wards and six two-member wards.

Professor Colin Mellors, Chair of the Commission, said: “We are extremely grateful to people across Southwark who took the time and effort to send us their views. The Commission considered every piece of evidence it received before finalising these recommendations.

“Across the borough, we have sought to balance the views expressed to us by local people with the criteria we must apply when we are deciding on new electoral arrangements.

“As such, we believe these recommendations deliver electoral equality for voters as well as reflecting the identities of communities in Southwark.”

In the centre and north of the borough, the Commission made small changes to boundaries, including the whole of Burgess Park being included in Faraday ward, rather than split between wards as previously proposed.

The Commission has also amended the boundary between the wards of Camberwell Green and St Giles in order to keep all of the D’Eynsford Estate in St Giles ward.

Full details of the final recommendations are available at www.lgbce.org.uk

Southwark NewsNewsCathedrals to disappear off the map?