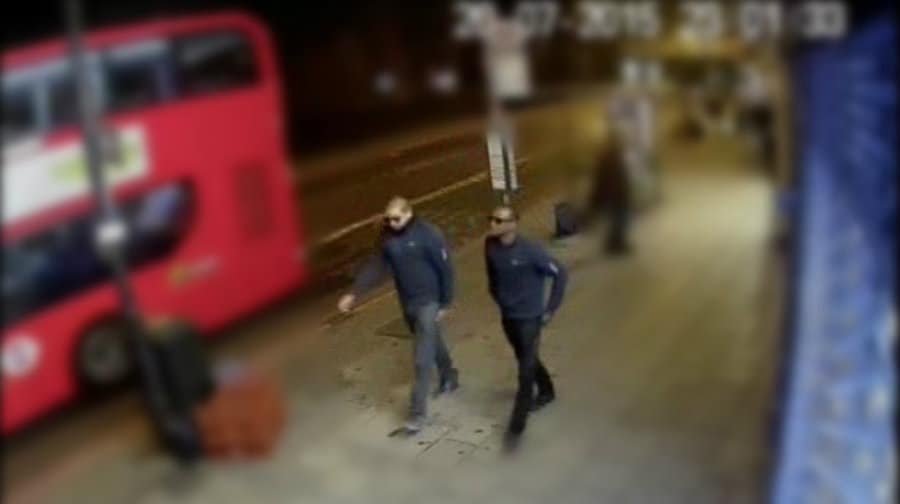 The police would like to talk to these two men, captured on CCTV in Peckham, in connection with a robbery

Police are hunting two robbery suspects who pistol whipped a man when he refused to hand over his Rolex.

A CCTV image has been released of two men the police want to speak to in connection with the robbery, after they were caught on camera using stolen credit cards in Peckham.

On the night of July 20 two men climbed through an open window into a house in Shooters Hill Road, Greenwich at around 10.15, unbeknown to the two occupants.

The robbers burst into the living room and demanded cash from the 33-year-old victim, who then opened his safe and handed over a £3,000 watch.

When he refused to hand over his Rolex watch from his wrist, the suspects pistol whipped him, tied him up and took his watch. The victim’s girlfriend was also tied up. The suspects then searched the flat and left with the watches, mobile phones, a tablet and credit cards.

After the suspects left the flat, the victim managed to get free and call police.

He required hospital treatment for a minor head injury. His girlfriend was unharmed.

Both suspects are described as men aged 25 to 30-years-old wearing dark clothing and balaclava’s.