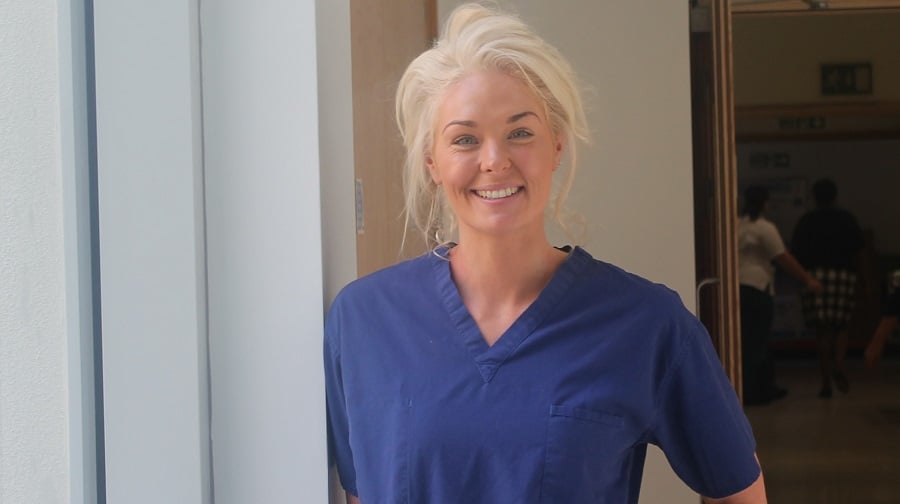 Celebrities will find out what it’s like to work on the frontline of the NHS in a two-part documentary filmed at King’s College Hospital.

The first of two one-hour instalments of Celebrities on the NHS Frontline will be aired on BBC One at 9pm today, Thursday.

The documentary, filmed to celebrate 70 years of the NHS, features four well-known faces who spend time shadowing different teams across the hospital.

Reporter Stacey Dooley, medical journalist Michael Mosley, Paralympic gold medallist Jonnie Peacock and ex-politician Ann Widdecombe learn first-hand about the challenges faced by NHS staff at King’s, and explore what drives them to work as hard as they do to.

Michael Mosley trained to be a doctor in the early 1980s and 30 years on the programme shows him working alongside junior doctors at King’s in the busy emergency department.

Michael finds out how different life is now in a major trauma centre.

Ex-politician Ann Widdecombe worked as a domestic in a cottage hospital while she was a student in the 1970s, and she was Shadow Health Secretary between 1998 and 1999.

At King’s, Ann gets to work alongside nurses in urgent care and with the clinical site managers, looking at how beds are managed across the hospital.

As a child Stacey Dooley spent a lot of time in and out hospital because of a heart murmur. At King’s she gets a chance to work in the heart attack centre – the first in the country to treat heart attacks while they’re taking place.

Stacey looks at the health of the nation and the effect it has on NHS services, and also works with health care assistants in King’s world-renowned liver unit.

She aims to discover the ethical dilemma faced by staff as they make life and death decisions.

At the age of five Jonnie Peacock had meningitis and lost his lower right leg as a result.

He had almost a dozen operations but has no idea what goes on in theatre.

Working alongside theatre support workers at King’s means he’s able to find out.

He also works with some of the most vulnerable patients in the hospital – those in the children’s wards – and the play specialists who work hard to improve a child’s time in hospital.

Cardiac physiologist Chloe Battle, who features in the documentary alongside Stacey Dooley, said: “It was really exciting to be involved in the programme and showcase the amazing work we’re doing at King’s.

“It was great to be able to work with Stacey, showing her the ropes and explaining what my role is as well as letting her see first-hand the life-saving work that goes on in the cardiac catheter labs.”

This July marks 70 years since the creation of the NHS and to mark the milestone King’s has worked with the BBC on the two-part documentary, which will be broadcast on BBC One on the June 28 and 5 July 5 at 9pm.

To view the trailer for Celebrities on the NHS Frontline, visit: https://www.bbc.co.uk/programmes/b0b8slyk