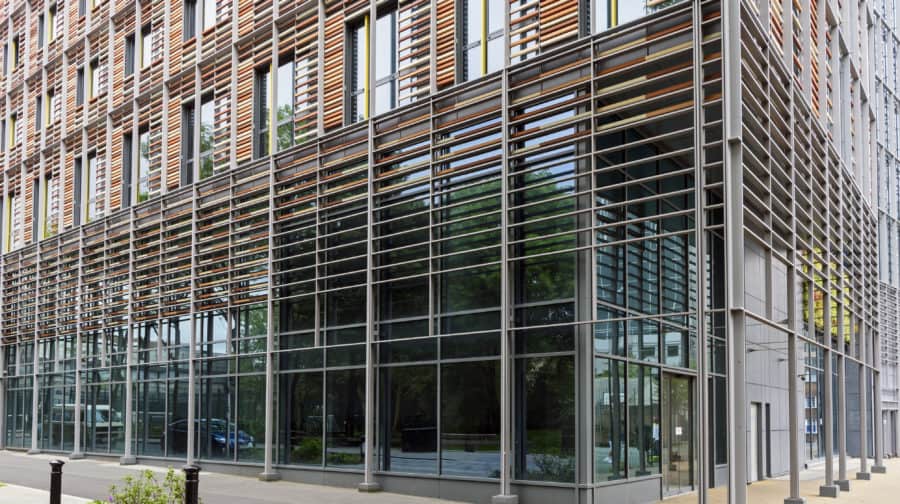 Work has begun on the ballet school's new home at the Paris Gardens on South Bank (Image: Bill Cooper)

Work has begun on a new South Bank home for the world-famous Central School of Ballet, following a successful fundraising campaign.

The bespoke fitting of their new premises is part of a £9 million project announced for the school’s move in March 2017.

A £6million campaign was launched to help finance the move – with support coming in the form of a £3million loan from Southwark Council and £600,000 from the Arts Impact Fund.

Students on the school’s undergraduate and postgraduate programmes will begin using the Paris Garden building during the 2019/20 academic year.

The fit-out will include a state-of-the-art health suite, seven studios and a studio-theatre. Heidi Hall, Director of Central School of Ballet, said: “The response to the capital campaign to finance our move announced less than two years ago has been exceptional.

“It has been most encouraging that organisations and individual arts enthusiasts believe in our ambition for wider access to dance for the public and improved training facilities for those aiming for a professional dance career.”

Ms Hall thanked the council for its £3million loan to fund the project, which the school is working “in earnest” to repay.

Cllr Peter John, Leader of Southwark Council, said the news was “wonderful” and the council was looking forward to welcoming the school as part of “Southwark’s growing reputation as a cultural destination.”

“It is one of our key commitments that local people are able to benefit from the regeneration happening across the borough, and as well as offering local people access to world class entertainment, the school is already running a satellite Ballet school at the Alfred Salter school which has been established since 2012 in anticipation of their move,” he said.

Over 1,200 people use the school’s current facilities each week in Clerkenwell, but the new facilities will allow the school to offer classes to thousands more in Southwark, it said.