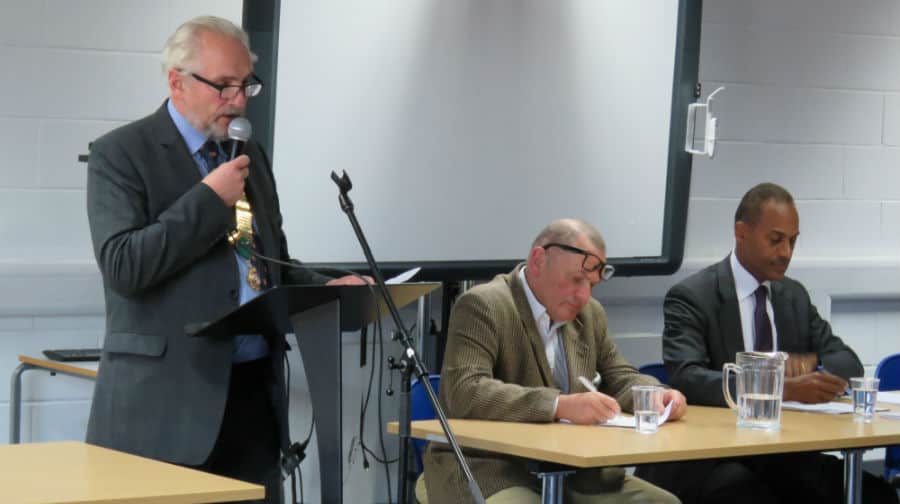 Southwark’s Chamber of Commerce has a “clear mandate to promote staying in” the European Union after a debate and vote was held on May 26.

The result came after hearing the views of two politicians and two businessmen put 63 per cent in favour of staying, 29 per cent wanting to leave and eight per cent undecided.

Richard Kalmar, chair of the Southwark Chamber of Commerce, said: “We asked all to vote, the result of which was: stayers 63 per cent, leavers on 29 per cent and Undecided on eight per cent.

“We therefore now have a clear mandate to promote staying in.”

Mr Glover, chief executive of Bellenden, said: “It’s about the economy. If we come out of the EU we would be under threat. I employ 40 people in the borough and stability is critical.”

Mr Dance, MEP for London, said: “One of the main points why we should remain is protection. Where the EU holds us to account over anti-discrimination laws and protects our trade with countries around the world.”

The Leave side dispelled Remain’s economic arguments by arguing protecting our democracy was just as important. Mr Amos, director of architectural supply firm Lassco, said: “It is about our liberty, self-determination and the unalienable right to control our borders. We fought for that in the past.”

Mr Afriyie, Conservative MP for Windsor, said: “We are the fifth largest economy in the world soon to be the fourth. We are able to stand on our own two feet.”