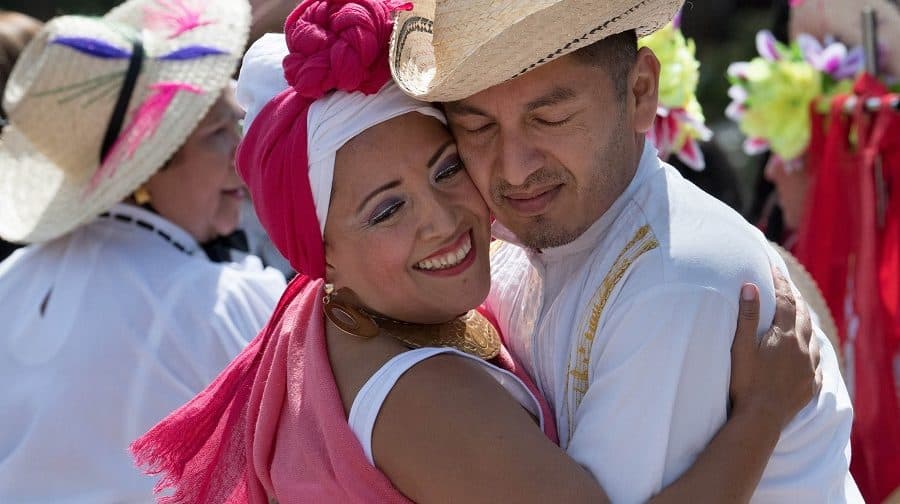 Produced by the author of The Heartstone Odyssey, a new photo exhibition celebrating the diversity of London is now being hosted at the Canada Water tube station.

Nick Sidle, known as Arvan Kumar under his pen name, spent over 30 years developing the photographs for the ‘Chandra’s London’ exhibit.

Sidle wrote The Heartstone Odyssey during a train journey between Mumbai and Cennai in the 1980s. The book is centred on an action-adventure plot, but tackles difficult topics such as prejudice and racism. The photo exhibit is titled ‘Chandra’s London’ after the book’s protagonist, a dancer named Chandra.

The photos were taken in London and showcase the diversity of the city, echoing the themes in the book. The locations reflect the some of the settings of The Heartstone Odyssey. Sidle’s work is a mixture of street photography and cityscapes, but all are candid shots, showing an authentic version of London. Since Sidle was granted special behind-the-scenes access to work on this project, the exhibit features unique shots of London.

The photos are based on an overarching message of empathy to make all people – regardless of religion, nationality, race, or culture – feel welcome. ‘Chandra’s London’ was unveiled on 17 May by the Mayor of Southwark. The exhibit was produced by Heartstone. The organization worked in partnership with Transport for London, the Metropolitan Police, British Transport Police, and Surrey Docks Farm.