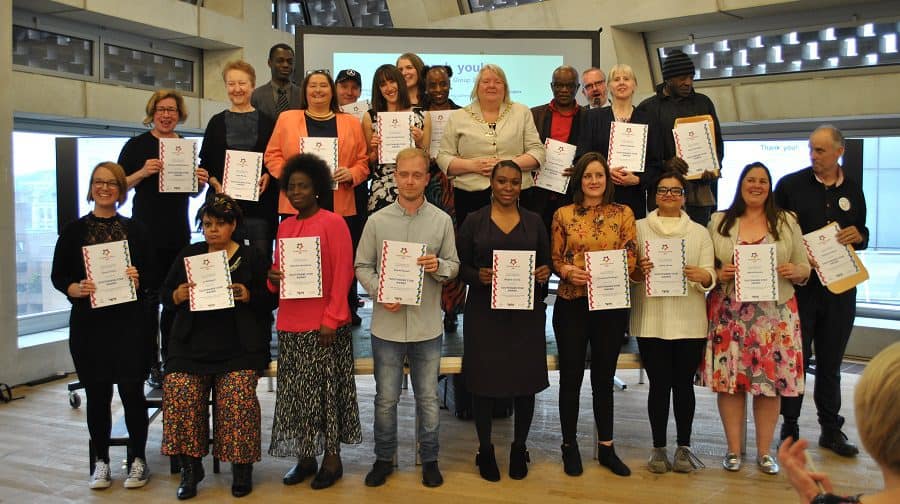 Charities and volunteers who each gave up more than 100 hours of their time to helping others in the last year have been recognised at the Southwark Stars award ceremony.

Held on May 2 at The Tate Modern, more than 80 certificates were given out.

Nathaniel Hill was presented with the Volunteer of the Year.  He regularly offered his time to Siblings Together, an organisation that had reunited him with his sister after years of living separately whilst in care.

Link Age Southwark won Charity of the Year. Their CEO Gemma Juma said: “We have over 400 volunteers, our youngest is thirteen and our oldest is 92..”

Community Group of the Year went to the SE5 Forum, whose board members and chair, Barbara Pattinson, has actively campaigned for the reopening of Camberwell Station.

Mike Krotosky, event director at Southwark Park Run, won Volunteer Coordinator of the Year. Mike looks after a stable of 250 volunteers for the Park Runs. He has run 70 Park Runs himself and has volunteered over 200 times.

Young Volunteer of the Year was Luke Holmes, who works with Bede to help elderly residents with gardening, DIY, window cleaning and dog walking, despite being disabled himself.

The awards was organised by Community Southwark.